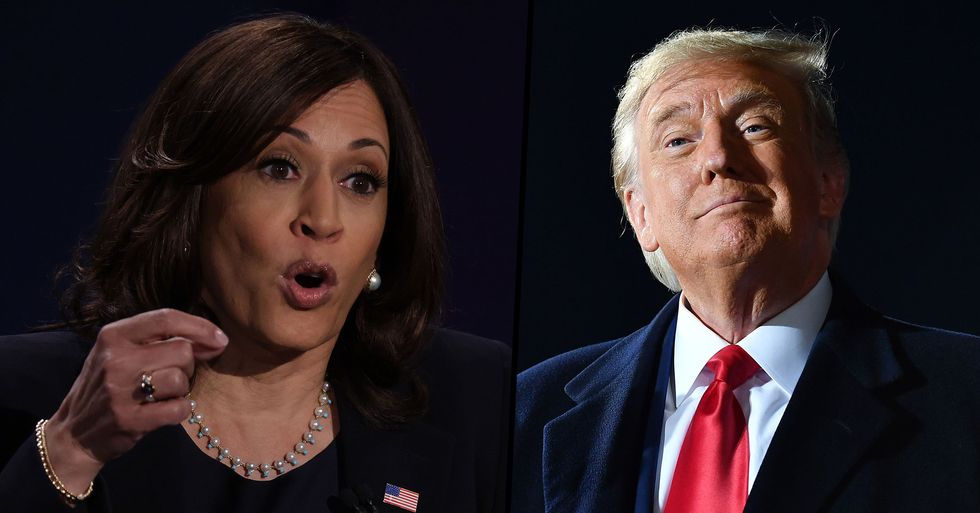 It was a far more civil affair than the debate between President Trump and former Vice President Biden.

However, it didn't stop Kamala Harris from throwing some shots at Trump...

And what she thought about the COVID vaccine.

The pair sat the debate with a Plexiglass shield between them...

However, concerns regarding the distance between the podiums were rife.

People thought the whole debate should have been virtual...

The moderator for the debate was Susan Page, the Washington bureau chief of USA Today.

But despite the health concerns...

Both candidates came and brought the thunder.

But, given the President’s ill-health, decided to tone it down.

The California senator's first fifteen minutes was definitely the highlight of the debate...

Helped by the focus on COVID-19, and the Trump administration's botched handling of the pandemic.

She even said that Trump purposely downplayed the severity of the virus...

"They knew and they covered it up."

Suggesting that public health would be the last thing on his mind, given the election coming up. And people clearly agree with her, check out the comments below...

Trump has repeatedly pushed for a vaccine to be ready by the election, despite health experts informing him that isn't realistic.

It's not hard to see why Harris wouldn't trust a vaccine based on Trump's word alone...

Although Harris has been criticized by opponents...

Who have said her comments have caused the public to become less confident in a vaccine that the Trump administration is pushing for.

Harris has made it clear that she isn't questioning the credibility of the medical professionals...

Just the way the Trump administration has gone about it, and "muzzled" the experts.

Vice President Mike Pence attacked Harris for her answer, worried her targeting the Trump administration would cause people to have less trust in a vaccine.

This is what he had to say in response...

"I just ask you to stop playing politics with people's lives, the fact that you continue to undermine public confidence in a vaccine, if a vaccine emerges in the Trump administration, is unconscionable."

All in all, it seems as though people are pretty hesitant to accept a vaccine that feels as though it's being rushed through.