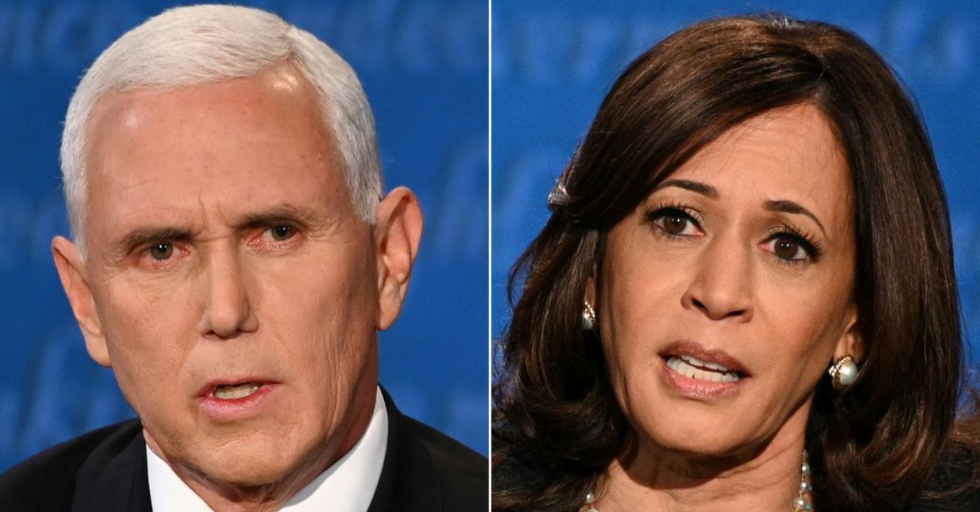 During tonight's Vice Presidential debate, Senator Kamala Harris stopped current Vice President Mike Pence from interrupting her during a portion of questioning about the Trump administration's response to COVID-19 with a line that we'll be repeating forever. Pence, who said he was trying to weigh in, was told by Senator Harris, "Mr. Vice President, I'm speaking."

Watch the surprising clip below.

Following the explosive debut presidential debate nearly 2 weeks ago, it is now time for the vice nominees to have their say.

The pair are debating with a Plexiglass shield between them...

However, concerns regarding the distance between the podiums are still rife.

Many are worried about Pence's exposure to the virus, considering the President was infected just a few days ago.

Many even believe that, thanks to the virus, the whole debate should be virtual...

Let's meet our candidates, and get an insight into what we can expect from them.

Standing for the Republicans, we have the current vice president, Mike Pence.

It is believed that Pence has a swift plan of attack...

And some of his preparation has involved developing ways to strike his female opponent "without opening himself up to criticism that he is acting in a disrespectful or sexist way," according to NBC News.

So, tonight, people are expecting a real show.

Axios reported that Harris is similarly planning to go in on the attack...

And it is anticipated that she will be rebuking both Trump and Pence over their response to coronavirus, healthcare, and beyond.

But, given the President’s ill-health, she will tone it down.

Much like the debut presidential debate on September 30th, opinions are seriously divided in the run-up to the debate.

On one hand, there's an overwhelming wave of support for Pence.

But, on the other hand, many are keen to witness Harris' direct and "sweat-inducing" approach to Pence.