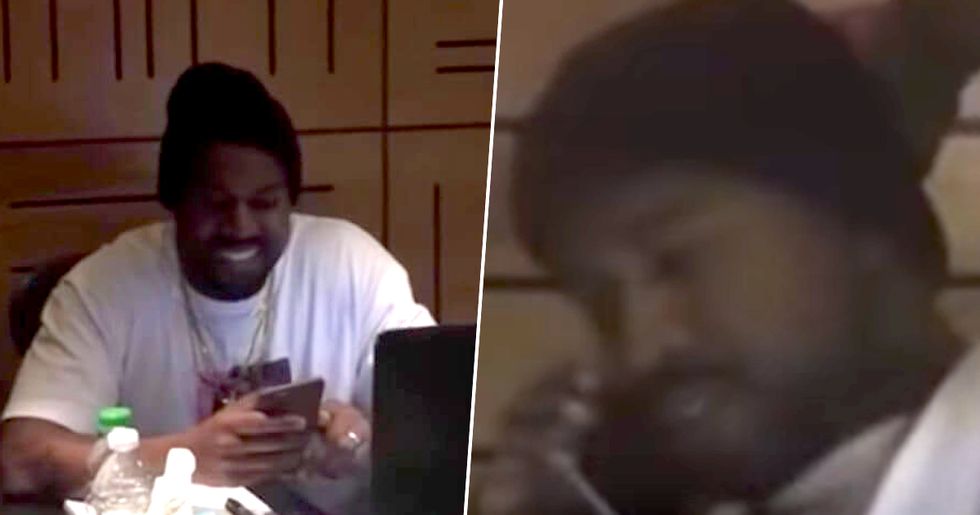 Kanye and Taylor Swift Phone Call Leaked, Exposing Him as a Liar

Kanye West never fails to hit the headlines for something outrageous, controversial, or all-out eyebrow-raising. In fact, he may be famous for his chart-topping music and marriage to Kim Kardashian, but the star seems to stir up more attention because of anything but his music career.

Now cast your mind back to that phone call between Kanye and Taylor Swift. For years we didn't know the truth, but now it's finally been leaked.

Keep scrolling to see what was actually said.

Who hasn't heard of Kanye West?

And after being raised in Chicago, he kicked off his career by working as a producer for Roc-A-Fella Records, producing singles for artists such as Jay-Z and Alicia Keys.

Though he was always intent on pursuing a solo career...

He has been working on fashion lines since 2006, and now Kanye's Yeezy collections are sold-out worldwide - despite waves of criticisms surrounding them (read all about the latest brutal trolling at the end).

Where do we start when it comes to Kanye's past behavior?

Kanye announced that he converted to Christianity last year...

Kanye's new album, Jesus is King, takes on a gospel direction that stays in line with the music at his Sunday Service.

Kanye treated the production of his Christian-themed album very seriously...

Well, remember that infamous phone call with Taylor Swift? It's finally been revealed.

What was so controversial?

Taylor said she didn't consent for that, whereas Kanye argued she did. Now, we know the truth.

The Kardashian-West's did not tell the whole truth.

In the call Kanye can be heard asking Taylor for permission to sing one line. He says:

It has a very controversial line at the beginning of the song about you. It says, uh... and the funny thing, when I first played it and my wife heard it, she was like, 'Huh? What, that's too crazy'. And then when Ninja from Die Atwoord hear it, he was like 'Oh my god, this is the craziest s**t, this is why I love Kanye...' and now, it's like my wife's favourite f***ing line... I just wanted to give you some premise of that.

He asks her if she thinks it's mean.

And then tells her the line: "To all my Southside n***as that know me best / I feel like Taylor Swift might owe me sex." Taylor laughs and says that it's not mean. However the problem is, Kanye didn't mention that he'd say he 'made her famous' and repeatedly call her a 'b*tch'...

People have lost a lot of respect for the Kardashian-West's.

And almost everyone on Twitter is calling both Kanye and Kim snakes and liars...