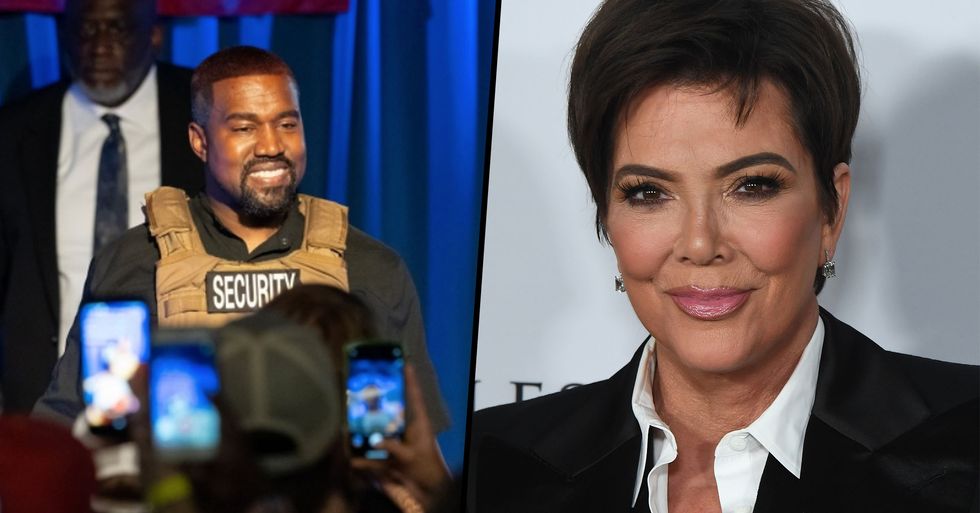 In the aftermath of his alarming and highly publicized campaign rally breakdown, Kanye West went off on another Twitter rant last night, and said some horrifying things about his wife and his mother-in-law, Kris Jenner...

Over the weekend, the wannabe president hosted his first campaign rally and, in the process, suffered an alarming and highly publicized breakdown.

The man was clearly in a lot of pain, which arose so much concern about him running for president.

However, Kanye didn't stop there.

Kanye went on another horrendous Twitter rant last night, in which he insulted his wife and his mother-in-law, Kris Jenner.

He dragged the infamous momager into his horrifying rant...

Where he urged her "not to play with him." He also wrote that she's not allowed around his kids anymore because she tried to "lock him up."

But then, he dropped a bombshell.

We can't even begin to imagine what Kanye's behavior is doing to her family.

We hope that Kanye West gets the help he needs.