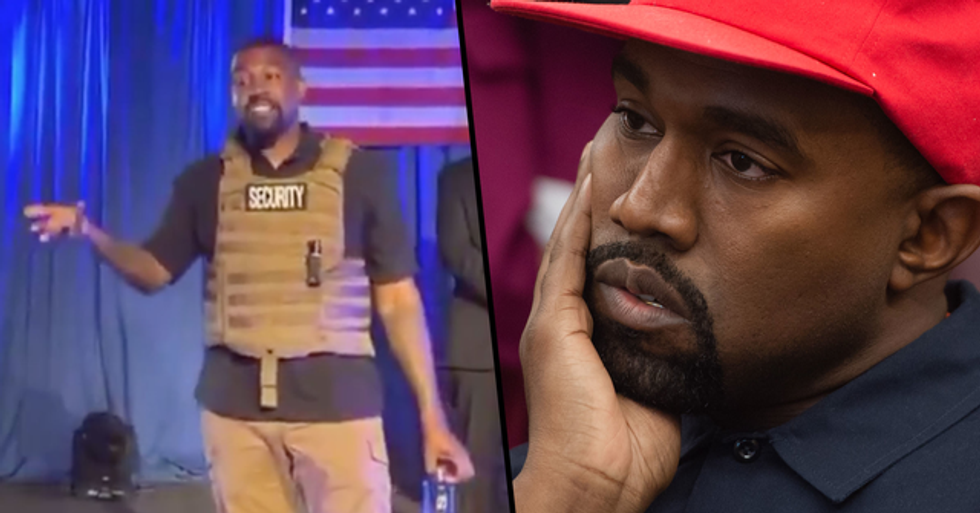 Shocking footage from Kanye West's debut campaign rally has shown the rapper-turned-politician making some pretty controversial claims regarding slavery, and people are not happy with what he had to say...

And he stirred up a whole lot of controversy in the process.

it is fucking disgusting how rich people with no political backgrounds are just allowed to play around with politic… https://t.co/KaEM1GeVfo
— sarah | evermore (@sarah | evermore)1593917861.0

However, his campaign proved to be a little unconventional.

It was all very bizarre.

The musician went off on several lengthy rants and, alarmingly, dissolved into tears while on the topic of abortion.

But, there was one moment from his rally that proved to be a little more controversial and worrisome than the rest.

At one point, Kanye moved on to discuss slavery, which is already dangerous waters for the rapper, after he insisted that being enslaved was "a choice" back in 2018.

With this, there were multiple groans from the crowd...

And the woman behind the camera could be heard saying: "Ya'll, we leaving right now."

People were not impressed with his accusation...

And they took to Twitter to slam the rapper for being "disrespectful."

You can watch the controversial moment here.

Kanye said this and I left immediately. I went for a laugh and I got one. But when it got disrespectful for me it w… https://t.co/QBgSaWwkte
— Little Pimp (@Little Pimp)1595194281.0

The woman who filmed the footage captioned her post with: "Kanye said this and I left immediately. I went for a laugh and I got one. But when it got disrespectful for me it was over." What do you think? Has Kanye finally taken things too far?