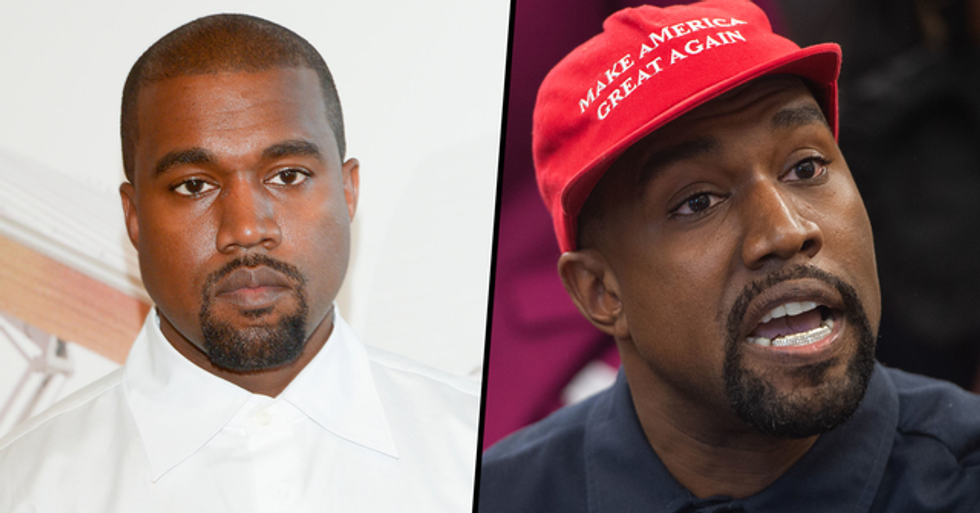 A month on from Kanye West's bizarre campaign rally, it has emerged that he could be in a lot more trouble than originally thought...

As you will all know, it's been a troublesome month for the rapper.

Ever since his debut campaign rally last month, Kanye's behavior has been incredibly worrisome... And now, things could be set to get even worse.

It all started on July 4th.

And, even though Kim did not give her permission to Kanye to disclose this private information, he didn't seem to care.

In which he said the fashion mogul was "kissing his ass." Minutes later, he told us that "Kim tried to lock me up with a doctor."

Firstly, he referred to his own wife as "North's mom," and then talked about her sex tape, calling it a "sex rape."

He urged her "not to play with him," also writing that she's not allowed around his kids anymore because she tried to "lock him up."

After a 3-day social media silence, Kim released a lengthy statement regarding her husband's erratic behavior.

However, that doesn't mean his presidency drama is over.

Despite withdrawing from the public eye and keeping a low profile in the world of politics, it seems that Kanye could actually be in a lot of trouble for his actions.

There is a new issue surrounding "falsified signatures" on his election petitions.

Illinois and New Jersey have today revealed that the majority of the signatures that he submitted were actually invalid.

And, in addition to this...

There has also been speculation surrounding his team and whether they can be trusted -  A number of Republican activists have been helping Kanye collect signatures, including Mark Jacoby, who was arrested on voter-fraud charges whilst working for the California Republican Party back in 2008.

So, if Kanye is found guilty of voter fraud...

He could be facing up to 3 years in jail.

But this is a developing story, and we will post updates accordingly.