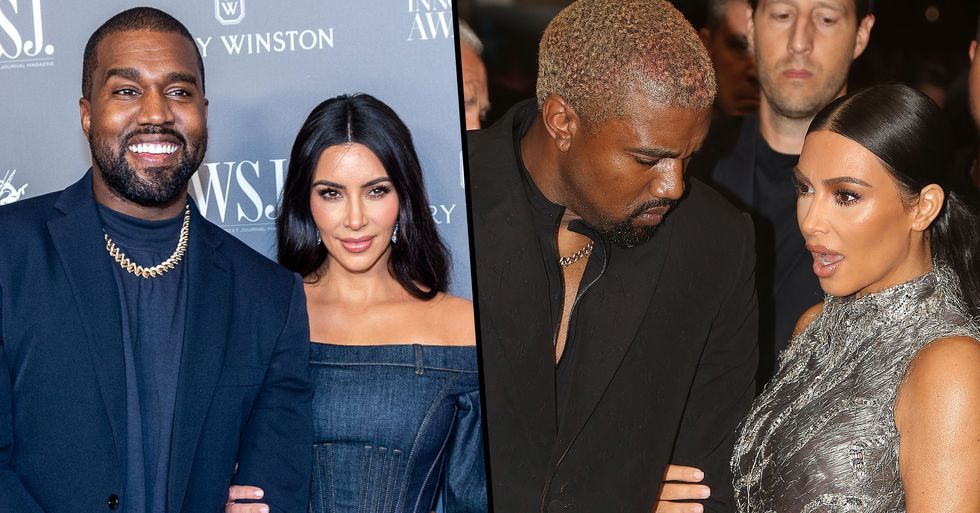 Kanye West took to Twitter shortly after his concerning campaign rally to rant about how he doesn't trust his wife Kim Kardashian after she "tried to get doctors to lock him up."

Kanye is in serious need of some help...

But, despite people's doubts, Kanye hosted his first campaign rally over the weekend...

And following his alarming and erratic behavior, Kanye has now spoken out about how he doesn't even trust his own wife.

it is fucking disgusting how rich people with no political backgrounds are just allowed to play around with politic… https://t.co/KaEM1GeVfo
— sarah | evermore (@sarah | evermore)1593917861.0

It didn't take long for Kanye to take to Twitter and vent his frustrations...

And a series of bizarre and now-deleted tweets demonstrate how the rapper doesn't at all trust his wife and her famous family.

But his most recent words certainly highlight how he feels about the Kardashians. Firstly, he spoke of how Kim and Kris released a statement without his approval which he feels "isn't something a wife should do."

He then tweeted this...

Showing his anger over the fact that Kim and Kris tried to "send him away with doctors." He also strongly suggested that Kim has been unfaithful with rapper Meek Mill, alongside referring to his mother-in-law as "Kris Jong-Un."

Kanye seemed certain that Kim had been unfaithful.

Would it really come as a surprise?

The concern for Kanye is growing...

And people are alarmed at how he has been disclosing such personal and private information about his family life.

People feel sorry for the rapper...

And we can only imagine how difficult life must be when every single aspect is controlled by someone like Kris Jenner.

People then brought up the way in which Britney Spears has been treated throughout her mental health crisis...

@PopCrave @kanyewest Only men are allowed to behave like this. And ppl still trying to find a meaning behind his wo… https://t.co/lY2hTyIqGW
— HAUS SANFORD PALAY (@HAUS SANFORD PALAY)1595318339.0

And it's clear that fans are angry how Kanye's manic episodes have been normalized rather than scrutinized.

Let's hope that he sees sense and figures out a way to get this much-needed help soon. For the shocking comparison of Britney and Kanye's treatment in the media, scroll on...