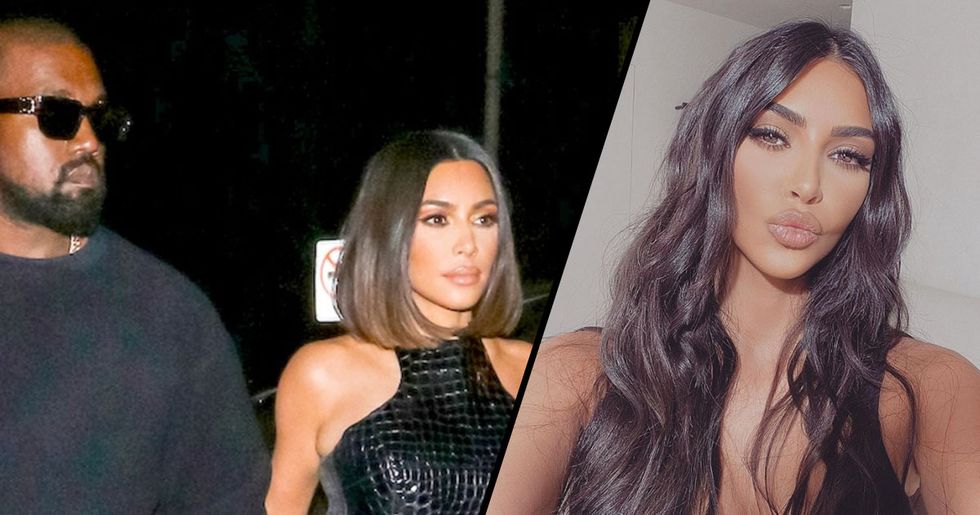 Kim Kardashian's relationship with hubby, Kanye West, is pretty well-documented. From their appearances on KUWTK to their packed social media accounts, it often seems as though there's little about the couple that we don't know.

However every now and then something pops up which reveals a different side to Kimye, and every time this happens, the internet goes wild.

Kim has recently revealed what Kanye got her for her birthday this year and it's pretty outrageous... but also surprisingly wholesome!

Keep scrolling to learn more about Kimye and Kanye's kind and very expensive gesture of love...

In December of 2012, just months after announcing that they were a couple, Kim revealed that she was pregnant with their first baby, North.

Because, a few weeks ago, Kim appeared on The Tonight Show with Jimmy Fallon.

Another round of the "Show Me Your Phone" game involves sharing the last message from their significant other - and, in Kim's case, this of course means from Kanye.

And if Kanye's most recent gift to Kim is anything to go by, their love keeps on getting stronger.

And it seems that she had a pretty amazing time after a weekend spent with family and friends in Palm Springs.

In typical Kardashian style, it seemed like a pretty lavish weekend.

Kim's favorite restaurant Carousel even came and catered for the evening which looked truly delicious.

But what we all want to know is...

What did Kanye buy his wife for her birthday?

"I got amazing gifts from my whole family and Kanye for me the most amazing bags," she wrote. "But he also donated $1 million to my favorite charities that work so hard on prison reform on my behalf from him and the kids. This makes my heart so happy!"

A $1 million donation to charity is a big deal.

This is a surprisingly selfless act from Kanye and it is heart-warming to know that their fortune is going towards causes that will actually impact our country for the better. To read more about Kimye, keep scrolling to see the deeply intimate text message that Kim received from her husband...