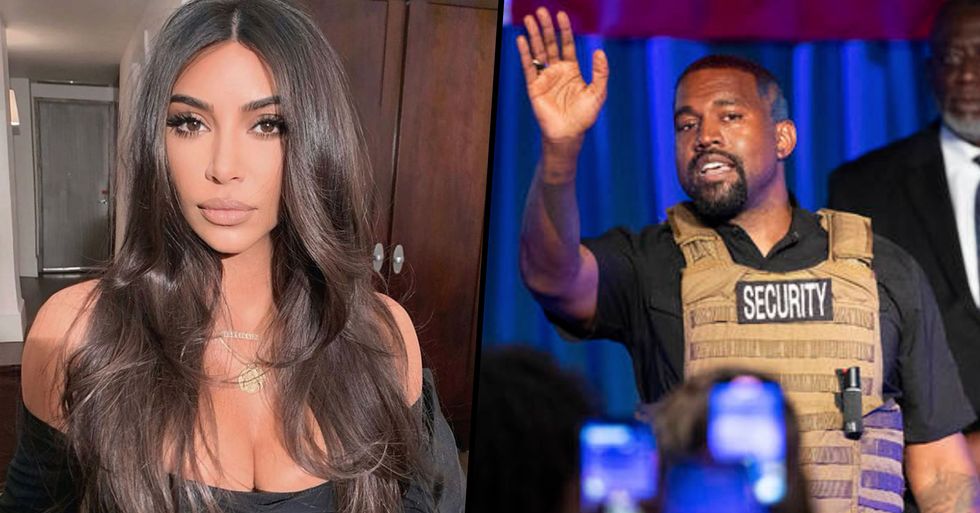 Kanye West Publicly Apologizes to Kim Kardashian After His Breakdown

Amid his worrying behavior and reported trip to hospital, rapper Kanye West has issued a public apology to his wife Kim Kardashian.

Here's everything that's been said so far.

And now, more reports are surfacing on Kanye's state of mind right now.

Things have really come to a head the past week...

And now it seems the rapper has finally taken action.

And, just over a week ago, he hosted his first-ever campaign rally.

But, after 3 days of silence across all of her social platforms, Kim spoke out.

Rumor has it, if Kim tried to "stage an intervention"...

According to a source, he said this last week:

But it looked like so far, her efforts came to no avail.

Kim has allegedly been struggling to reach Kanye since he flew out for his South Carolina rally over a week ago, TMZ reports.

The beauty mogul reportedly made attempts to talk to Kanye about his mental state.

Sources say she suggested twice that she fly to their ranch where he's been staying, but he's shot her down both times.

And it seemed as though Kanye was in no mood to see his wife.

But, over the weekend...

Reports emerged that Kanye was taken to hospital.

A source explained that Kanye went to the hospital by himself.

But after realizing that there were a lot of people inside, he got uncomfortable and left.

Medics then came to his house.

Where they checked his heart rate and blood pressure - and determined he was not in danger.

In fact, just an hour before, he issued a public apology to Kim.

"I would like to apologize to my wife Kim for going public with something that was a private matter. I did not cover her like she has covered me," the tweet began.

He then went on to ask for his wife's forgiveness.

"To Kim I want to say I know I hurt you. Please forgive me. Thank you for always being there for me."