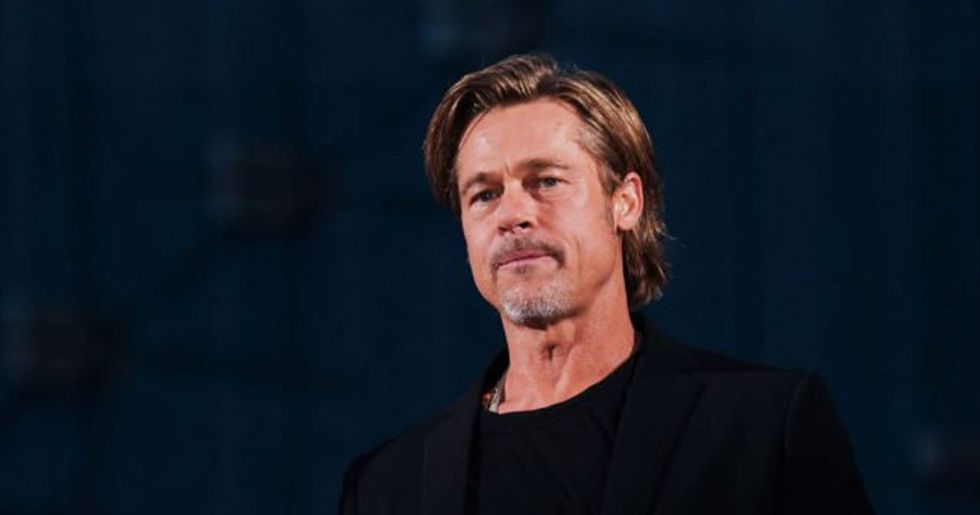 Kanye West Reportedly 'Set up' Brad Pitt With a Kardashian

Brad Pitt, despite being one of the world's most eligible bachelors, has had a hard time in love.

But, with Brad well and truly back on the market, people are excitably speculating as to who Brad's next romance could be. Will it be someone new? Will he relight an old flame? Or... Will it be a Kardashian?

Well, that last one is looking more likely than the rest, folks.

Keep scrolling to read the full story, and to hear just how likely it is that Brad could become the newest member of the Kardashian clan...

Brad Pitt is one beloved actor.

And, to be honest, he's just as well known for his rather messy love life as he is for his acting prowess. Sorry, Brad.

The pair were Hollywood's golden couple for a period. But nothing lasts forever, as these two proved.

And, in true Brad Pitt traditional, Brangelina announced their divorce in 2016.

And though not all details have ever been released to the public, it's clear that there is a lot of ill-feeling between the pair.

Rumors and speculations about his family life aside...

Brad is now single, and officially back on the market, ladies and gents.

Though one woman may have beaten us all to it.

Like any of us stood a chance anyway... Fresh rumors are beginning to circulate that suggest KUWTK star, Khloe Kardashian, could potentially be Brad's next beau.

Though this doesn't come as much of a surprise...

Because Khloe has been very vocal on her thoughts on Brad in the past.

Khloe has previously made some saucy comments about the actor...

Just months after Brad's split from Angelina, Khloe admitted that she would have sex with the hunk live on air during a radio interview with Howard Stern. She said: “Bring in Brad Pitt and I’ll f**k him on-air," adding that he is “really good-looking."

Khloé continued to gush about the actor again on her website. “He’s handsome," the mom-of-one confessed. “I love him [but] I didn’t like him when he was super young, like in Thelma & Louise."

And it's all thanks to her brother-in-law, Kanye West. Famous musician, Kanye, who is married to Khloe's sister, Kim Kardashian, is reportedly responsible for "setting up" Khloe and Brad.

The pair were brought together last week...

At one of Kanye's popular Sunday Services in Los Angeles, of all places. Khloe had attended with sisters, Kourtney, Kim, and Kendall, and Brad reportedly attended alone.

Though, due to my lack of fame, I know very little about what happens during the services. What I do know, however, is that it's a weekly service that focuses heavily on music—it's unknown whether the services have anything in common with any specific religious format. Kanye seems to be the head of the service, as seen in the videos that have surfaced since it launched.

Kanye invites a number of famous faces to his service...

Katy Perry and Orlando Bloom were among Kanye's star-studded guest list last week, but Khloe only had eyes for one person... Brad Pitt, obviously.

Brad has clearly made a big impression on the Kardashian clan.

And he has been spotted hanging out with his new pals, Kim and Kanye, at a Hollywood party.

Are wedding bells in the air?

Probably not, no. But make sure you keep your eyes peeled for a star appearance on KUWTK... Because it might just be Brad. For more Brad content, keep scrolling!