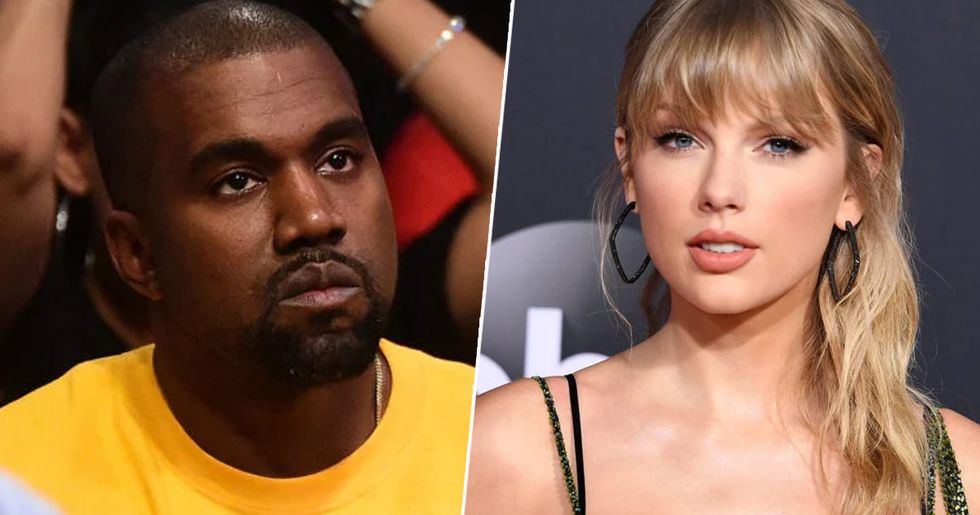 Now Kanye has randomly called out Taylor Swift on Twitter - completely out of the blue.

Last month, the rapper suffered an alarming and highly publicized breakdown at his debut campaign rally and, ever since, he has estranged himself from his wife, Kim Kardashian, and her family.

But then a video of Kanye emerged.

And it was good news! Kanye looked like he was in quite a good place as he could be seen dancing with North. Kanye was seen singing, dancing, and laughing with his child. Kim seemed to be happy too as when Kanye dances, she laughed saying:

Things looked to be on the up for the couple.

But now, a new tweet for Kanye suggests things aren't too good.

By randomly reigniting their eternal feud, according to TMZ.

He shared an image of a snake.

Not gonna use a snake emoji cause you know why ... I'm not sure if Christians are allowed to use snake emojis.

In which, Kanye called out Taylor with the line: 'I made that b**** famous', and Kim immediately jumped to Kanye's defence.

Wait it's legit National Snake Day?!?!?They have holidays for everybody, I mean everything these days!

Followed by countless snake emojis.
And then Taylor used a giant robotic snake during her Reputation tour, so it certainly seems like Kanye is throwing shade at Tay Tay.