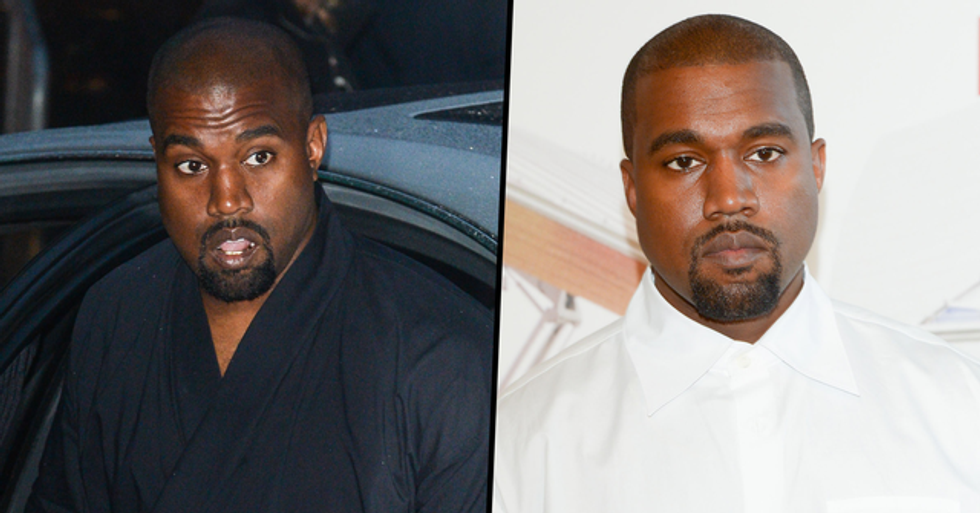 Just when we thought things had settled down on Kanye West's Twitter account, the wannabe-president went on yet another bizarre Twitter rant this week, where he made some pretty alarming claims about his payroll...

Someone has fraudulently made it onto Kanye's payroll.

Well, according to Kanye, they have.

This week, the musician emplored with his Twitter followers to help him track down the perpetrator...

Who he had no issues with publicly naming and shaming.

Now, we all know it's already been a somewhat turbulent year for Kanye.

Ever since he announced that he was running for president last month, his behavior has become incredibly worrisome.

We all remember what happened on July 4th.

However, it proved to be an extremely chaotic and alarming experience.

And amongst many other problematic things, he experienced what appeared to be a total break down...

And, through tears, ranted and raved about personal issues he and his wife, Kim Kardashian, had experienced.

Kanye ranted about the fact that he had very nearly aborted his unborn daughter:

But he didn't seem to care. "So even if my wife were to divorce me after this speech, she brought North into the world, even when I didn't want to. She stood up, and she protected that child."

But this hasn't signaled an end to his issues.

Despite withdrawing from the public eye and keeping a low profile in the world of politics, it has emerged that Kanye could now be facing a different problem altogether.

Apparently, a "fake employee" has been on Kanye's payroll for quite some time...

@kanyewest @Hiphop4life15 Sounds like someone might be stealing from you dude. I would check into my whole payroll… https://t.co/Qbo0q9yVMe
— nathan branham (@nathan branham)1600098922.0

And he has only just noticed.

Fans were quick to react to Kanye's question imploring for help.

With many asking to be added to the payroll themselves!

@kanyewest Imagine having bread to pay for fake employees and not notice the difference
— Benja (@Benja)1600120157.0

In a now-deleted Tweet, he posted a photo that showed the name and job title, "Lauren Greenfield - Music Consultant" and wrote, somewhat frantically: "Has anyone ever heard if this person? I just found a fake employee on my payroll!!!"

It is unknown how long the person, who was listed as a music consultant, was on Kanye's payroll...

But when you have as much money as he does, I suppose it can be easy to miss the odd transaction.

It is unknown as to why Kanye suddenly deleted his Tweet...

@kanyewest This seems like a conversation you should be having with your accountant instead of Twitter.
— Travis View (@Travis View)1600063764.0

But many thought it was odd that the musician turned to the internet for help, rather than, you know, his actual accountant.

The musician is yet to further address the incident.

Though let's be real, I highly doubt that he's been left massively out of pocket from the mishap...