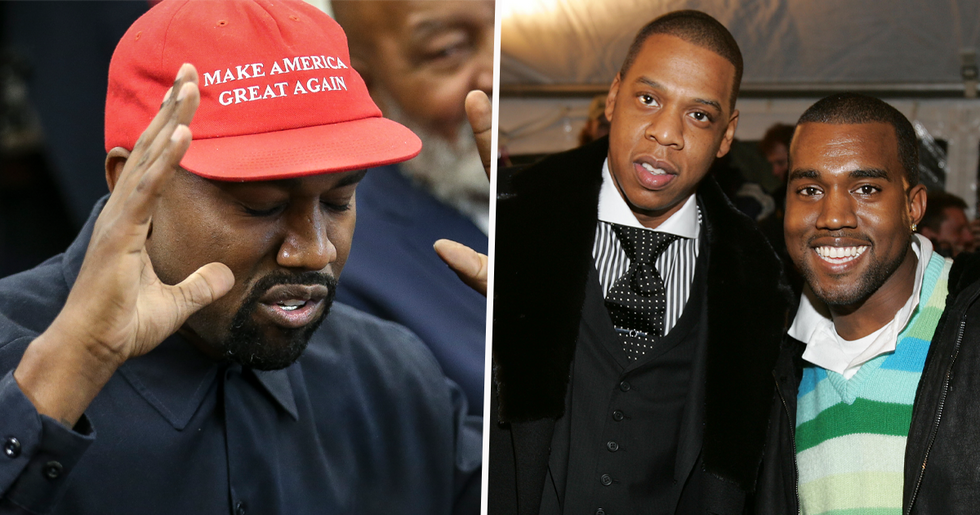 After a very emotional weekend for Kanye West following his first presidential campaign rally, he has spoken out about how he wants Jay-Z as his running mate...

But things took a turn for the worst when he then revealed some very private details about his family life...

Kanye doesn't seem fit to be running for president...

And we sincerely hope he gets the help he so desperately needs very soon.

But regardless of the public's concern...

Kanye is seemingly keen to go ahead with his campaign... despite his breakdown in front of his audience.

He is already switching up his campaign...

And according to TMZ, he's now saying he wants Jay-Z to get on the ticket with him as his VEEP... despite having already named a running mate.

Kaye made the revelation on Sunday just before his dramatic rally...

And he reportedly told a local blogger how he realized Jay should be his VP.

And the Wyoming preacher, according to Kanye, told him she'd be down to take another position in his cabinet if he found a different running mate.

It is currently unclear if Jay has responded to Kanye's request...

Or even if he's aware of it, for that matter!

Whether Jay-Z would seriously accept or not remains to be seen...

And going by Kanye's recent alarming performance at the rally, his future as President of the United States is also very unclear. Keep on reading to check out the time when Kanye was ruthlessly mocked for wearing Yeezy crocs...