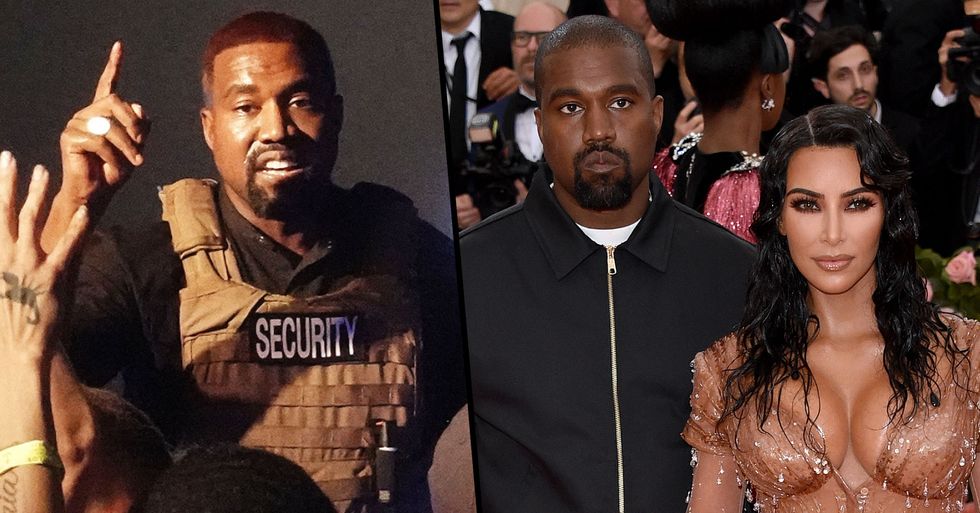 After his erratic campaign performance, Kanye West has gone on a fresh Twitter rant claiming that he's been trying to divorce Kim Kardashian for 2 years.

This is one of just many eyebrow-raising claims he has made in the past week, and it seems his life as he knows it could be on the line...

Well, who would be after their husband completely humiliated them and not just once?

And things have just gotten worse as Kanye has now gone on yet another Twitter rant...

He has made some more shocking claims putting his marriage and family life on the line.

We couldn't believe what we were hearing. Read on to find out exactly what he said about her and his own kids.

How on earth does Kim feel after her husband revealed her most private secret? And how will North feel when she will finally hear her dad's erratic rant?

Just as we predicted...

It turns out that Kim is absolutely furious with her husband for his antics at the South Carolina rally because her love for her kids is her number one priority.

So furious that she went to go and collect him from Wyoming. An insider even revealed that their marriage was "breaking down" in a matter of days.

And honestly, "shocking" isn't even the word to describe what he's done.

He then went onto post a photograph of his kids and a Playboy shoot?

But he continued... And this is where s*** literally hits the fan.

Firstly, he refers to his own wife as "North's mom," which is shocking enough already and then talks about her sex tape, calling it a "sex rape." Now if there's any line to be crossed, he already crossed it earlier, but this is utterly disgusting.

He then threatened Kris Kardashian (Kim's mom) in another tweet:

And of course, he had to talk about why his wife was so furious with him.

And then strangely referred to Bill Cosby, a convicted sex offender. Now, that's just something else altogether.

So, just to sum things up so far:

He told us Kim and Kris are trying to "lock him up," his kids aren't going to be on the cover of Playboy, his wife was allegedly "raped" when that wasn't the case, he almost "killed" North West, something about Drake and that they're going to do to him what they did to Bill Cosby?

Kanye is showing no signs of calming down...

The dust had barely settled on that catastrophic tweets he posted earlier this week, but the rapper has already taken to Twitter once again last night.

He began yet another rant by outlining his confusing "2020 vision."

"#2020vision or maybe 24," he wrote alongside a picture of a piece of orange paper, listing what appears to be the tracklist for his upcoming album.

He then asked fans whether he should run for President at all.

"I guess all black people supposed to vote on Biden? Y’all want me to run on nah???" the rapper questioned.

His allegations then once again turned to his wife and mother-in-law.

We just hope that Kanye West gets the help he needs.