Kanye West Says 'I Am Unquestionably, Undoubtedly, the Greatest Human Artist of All Time' | 22 Words 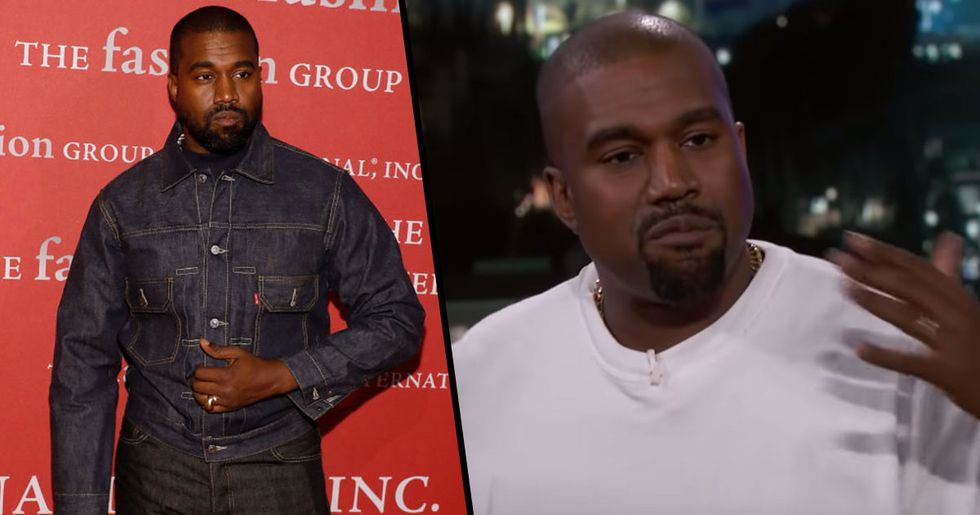 Kanye West Says 'I Am Unquestionably, Undoubtedly, the Greatest Human Artist of All Time'

It's sometimes quite easy to forget that before the Kardashians, Kanye West was known purely for his music.

The rapper is one of the most iconic faces in hip hop and he is not at all a stranger to controversy and drama.

Kanye is known to say some pretty "out-there" things, and what he has said recently when talking about his upcoming album, Jesus Is King, is not only outrageous but is also rather bizarre.

Who hasn't heard of Kanye West?

And after being raised in Chicago, Kanye started his career by working as a producer for Roc-A-Fella Records, producing singles for artists such as Jay-Z and Alicia Keys.

Kanye was always intent on pursuing a solo career.

Kanye has gone on to release numerous albums...

He has been working on fashion lines since 2006, and now Kanye's Yeezy collections are sold-out worldwide - despite waves of criticisms surrounding them.

Where do I start when it comes to Kanye's past behavior?

Kanye announced that he converted to Christianity this year...

Kanye's new album, Jesus is King, which was due to be released today but has been postponed, is reported to take on a gospel direction that stays in line with the music at his Sunday Service.

Kanye treat the production of his Christian-themed album very seriously...

Kanye opened up more about the album in the interview...

And in typical Kanye fashion...

He said: “And now—I am unquestionably, undoubtedly, the greatest human artist of all time. It’s not even a question at this point. It’s just a fact. For the greatest artist in human existence to put a red hat on was God’s practical joke to all liberals. Like, ‘Nooo, not Kanye!'"

Kanye seems to still think that President West will sit in the Oval Office one day...

“There will be a time when I will be President of the United States and I will remember…any founder that didn't have the capacity to understand culturally what we’re doing," he went on to say. Only time will tell, right? For more Kanye news, keep scrolling to learn about his insecurities about Kim being "too sexy"...