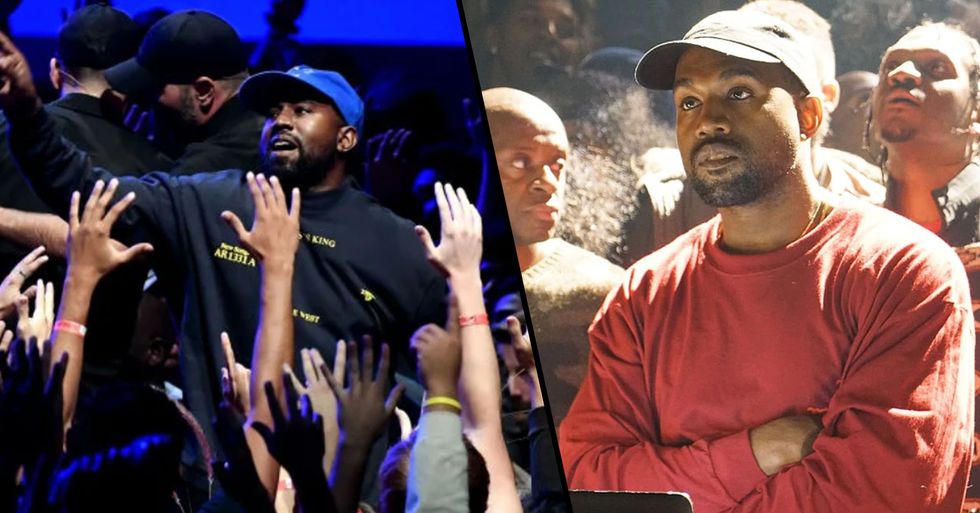 Kanye West never fails to hit the headlines for something outrageous, controversial, or all-out eyebrow-raising. In fact, he may be famous for his chart-topping music and marriage to Kim Kardashian, but the star seems to stir up more attention because of anything except for his music career.

And this time, the part-time musician has made himself a new enemy in the form of Forbes Magazine after they decided to include him in their coveted "Billionaires 2020" list. After a heated argument, the publication decided to reveal the text messages they received from West... and let me tell you, they were brutal.

Keep scrolling to see them...

If you haven't heard of Kanye West by now, where have you been?

And after being raised in Chicago, he kicked off his career by working as a producer for Roc-A-Fella Records, producing singles for artists such as Jay-Z and Alicia Keys.

Though he was always intent on pursuing a solo career...

He has been working on fashion lines since 2006, and now Kanye's Yeezy collections are sold-out worldwide - despite waves of criticisms surrounding them (read all about the latest brutal trolling at the end).

Where do we start when it comes to Kanye's behavior?

Kanye isn't afraid of letting his opinion be known and he enjoys going to extreme lengths to do so. Keep scrolling to see what he had to say to Forbes in order to secure his spot on their "Billionaires 2020" list.

Kanye announced that he converted to Christianity this year...

Kanye's new album, Jesus is King, takes on a gospel direction that stays in line with the music at his Sunday Service.

Kanye treated the production of his Christian-themed album very seriously...

He really enjoys telling people what to do...

But he may have bitten off a bit more than he could chew when he decided to take on Forbes Magazine after they finally featured the singer on their coveted "Billionaires 2020" list.

On Friday, the publication announced that they were adding West to the list.

After months of asking him for his financial records, they estimated his value at around 1.3 billion, but West was having none of that as he explained that they undervalued him by 2 billion dollars.

And West let them know how he felt about it...

After months of requests, the hip-hop superstar shared his financial records, revealing details about his wildly po… https://t.co/roi1Od8Ub0
— Forbes (@Forbes)1587763972.0

After seeing the figures, he was left unnecessarily outraged and reached out to the outlet via text to express his concerns.

Forbes revealed his texts claiming he said this:

"It's not a billion, it's $3.3 billion since no one at Forbes knows how to count," even though he had claimed that he was "not a numbers guy" himself.

Previously, the singer had also reached out to them when he wasn't featured on last year's list:

"You know what you're doing," Forbes said Kanye wrote in a message. "You're toying with me and I'm not finna lye [sic] down and take it anymore in Jesus name." Can you get any more arrogant?

"Without sufficient documentation on his unusual stake, versus just his word and industry guesstimates, we didn't call him a billionaire [last year]."

But the latest list required a lot of digging, as Forbes also revealed they looked into all of his assets...

But now, after reviewing these newly-provided documents, Forbes can share more details about Yeezy than ever before… https://t.co/cZNhcNly12
— Forbes (@Forbes)1587764441.0

From his Yeezy sneaker collaboration with Adidas to his G.O.O.D. record label all the way to his properties and debts, there was no stone left unturned and that's how they rounded off the figure to 1.3 billion dollars, which West claims is false. Yikes.

In forty years, only 2 other people have questioned their value...

Prince Alwaleed bin Talal and President Donald Trump. Shocker... Not. And now West has joined that not-so-coveted-list of egomaniacs. I really wouldn't be surprised if you never saw Kanye West's name on that list ever again. If you're in the mood to read more about a "self-made billionaire", then keep scrolling.