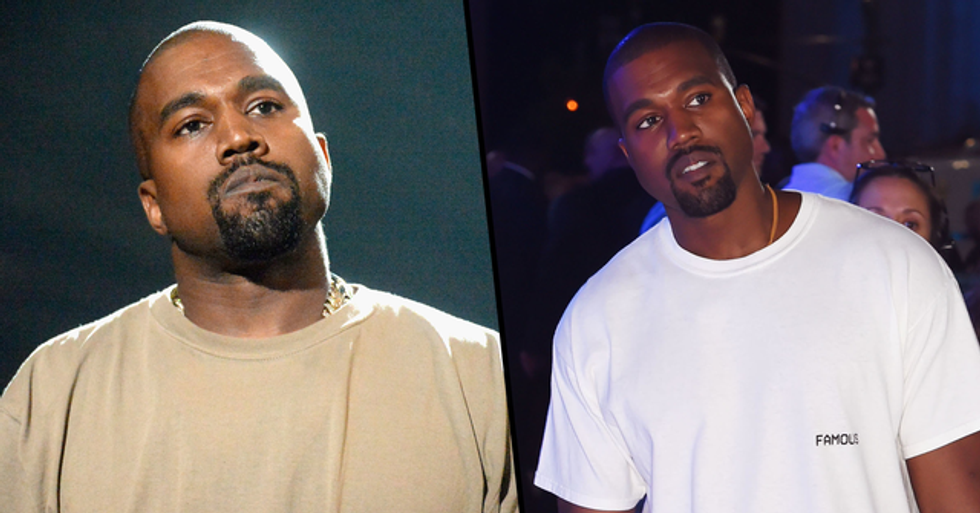 Just when you thought things couldn't get any worse for Kanye West, it was announced today that the rapper has been sued for an eyewatering $20 million...

It's been a turbulent year for the rapper.

Ever since he announced that he was running for president last month, Kanye's behavior has become incredibly worrisome... And now, things could be set to get even worse.

The infamous musician has today been sued for a lot of money...

And the reasons behind the legal move have left many people completely and utterly shocked.

Now, we all remember what happened on July 4th.

And amongst many other problematic things, he experienced what appeared to be a total break down...

And, through tears, ranted and raved about personal issues he and his wife, Kim Kardashian, had experienced.

Kanye ranted about the fact that he had very nearly aborted his unborn daughter:

But he didn't seem to care. "So even if my wife were to divorce me after this speech, she brought North into the world, even when I didn't want to. She stood up, and she protected that child."

But this hasn't signaled an end to his issues.

Despite withdrawing from the public eye and keeping a low profile in the world of politics, it has emerged that Kanye could now be in trouble for a different problem altogether.

Who remembers his infamous Sunday Service?

The popular concert series, which now seems like a distant memory to most of us, was launched last year and saw the rapper preach about his religion while putting on a musical show simultaneously.

Kanye's Sunday Service has become somewhat of a phenomenon...

And hundreds of thousands of people have since tuned in to watch the holy performances.

However, the phenomenon has landed Kanye in seriously hot water.

It was revealed today that the rapper has been sued for $20 million by a company that claims he ripped off their technology to launch the concerts.

MyChannel, Inc - a black-owned business specializing in video and e-commerce technology - is seeking the payment for damages.

According to legal documents obtained by The Blast, the rapper verbally agreed to partner with them and invest millions into their company in return for building technology for his Sunday Service.

MyChannel, Inc also claims that Kanye promised to make a $10 million investment in the company...

Which he never did.

The company continued to explain that, after working tirelessly on the project and even moving into Yeezy headquarters...

Kanye "inexplicably" left them high and dry and ripped off their technology to use anyways.

"The founders of MYC reasonably relied on a series of promises made by Mr. West and other leaders in his organization that for six (6) months convinced them to focus 100 percent of their attention on Kanye and Yeezy, and to invest $7 Million in company resources for good measure. In fact, the MYC founders and other personnel moved from their Pennsylvania headquarters to Yeezy's headquarters - first in California and then in Illinois - and worked full-time for Defendents, all at Mr. West's insistence."

It continued by stating that the company's owners believe Kanye had no intention of ever following through on his promises...

And instead cut ties with them, all while taking their technology with him. "[Kanye] inexplicably reneged on his promises seemingly on a whim and walked away from the successful partnership while misappropriating MYC's proprietary and trade secrets, netting Kanye hundreds of millions of dollars off the back of MYC."

Kanye is yet to publicly address the lawsuit.

For more on the troubled musician, keep scrolling...