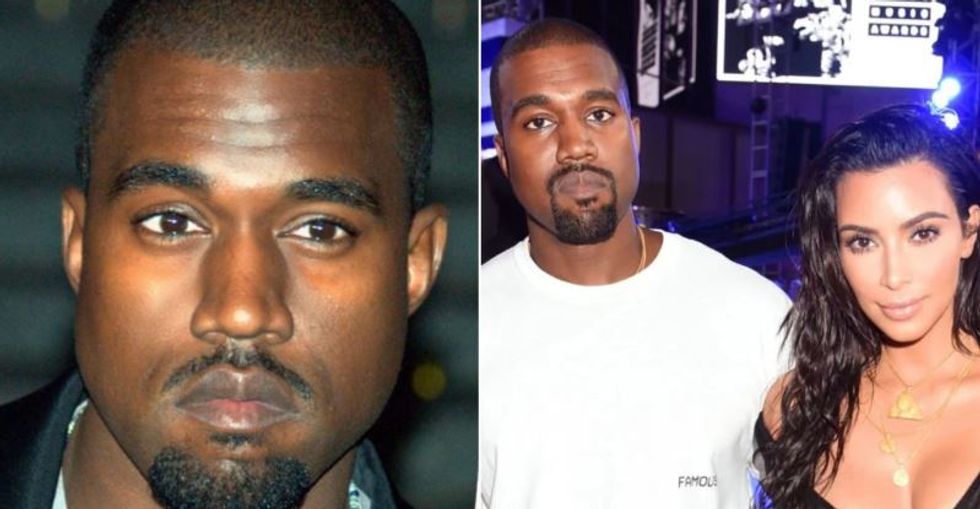 As the news about Kanye and Kim Kardashian continues to roll in, more and more headlines continue to be made by the a-list celebrities.

Now, Kanye has tweeted to North about her being murdered before rapidly deleting the messages.

Between the cancelation of Keeping Up With The Kardashians and her husband's public breakdown...

It's been a hectic couple of months for Kim Kardashian, to say the least.

But, once again, Kanye West went on another Twitter rant...

And it was his most bizarre yet.

And, at the time, after a 3-day social media silence, Kim released a lengthy statement regarding her husband's erratic behavior.

Amid all the drama, things seem to have calmed down over recent weeks...

Until Kanye once again took to his favorite platform in another series of shocking rants.

The rapper posted a bizarre video of himself to Twitter...

In the clip, he can be seen urinating on his Grammy award.

It was bad enough for him to get banned off the app for twelve hours.

His friend Rick Fox confirmed this, tweeting: "My friend @kanyewest wants you all to know he was kicked off of @twitter for 12 hours."

People couldn't quite believe what they'd seen after watching the strange clip.

And sources have revealed Kim Kardashian's reaction to the whole thing.

And she is reportedly "continuing to support" her husband.

She has chosen to stand by her man and is well aware of his mental health struggles.

"Kim is holding onto her marriage with Kanye and knows that he is bipolar and struggling with his mental health and wants to be there for him and help," the source explained.

"She is continuing to support him and does her best to understand him and where he is coming from. She knows he is unconventional and has always known that."

You can take a look at the clip below.

Yikes. For more on the Kanye and Kim drama, scroll on...

This time it comes in the form of a posted and then delete tweet on social media.

The 43-year-old rapper shared a worrying message to his daughter.

Taking to Twitter, Kanye claimed he was putting his life on the line for his young daughter.

NORTHY I AM GOING TO WAR AND PUTTING MY LIFE ON THE LINE AND IF I AM MURDERED DON'T EVER LET WHITE MEDIA TELL YOU I WASNT A GOOD MAN... WHEN PEOPLE THREATEN TO TAKE YOU OUT OF MY LIFE JUST KNOW I LOVE YOU.

With the message, Kanye shared a photo of North throwing up the peace signs.

And judging by many of the comments, it was intended as playful more than anything else.

But some people are certain, Kanye needs help.

We saw your deleted tweet. You need help from doctors, family and friends. this is not going to end well without that. first doctors.