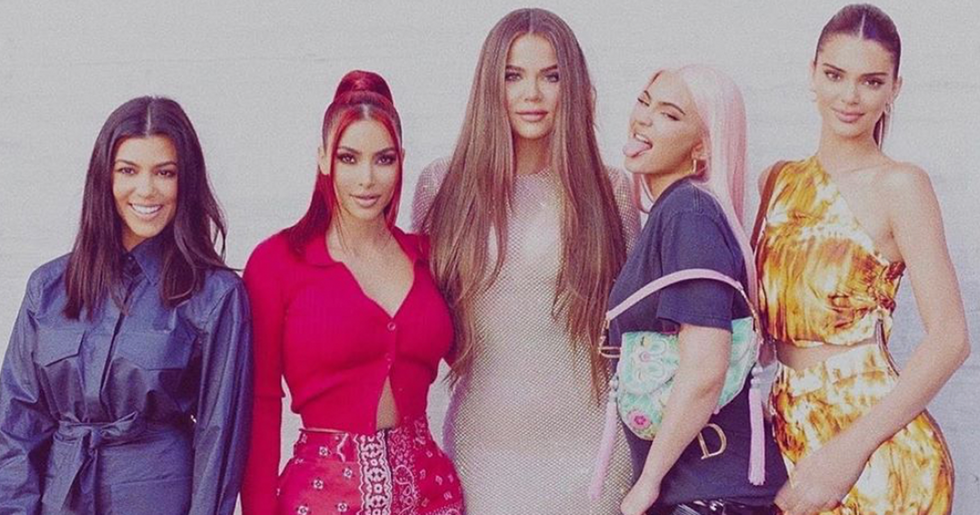 The Kardashian-Jenner sisters posted a family photo last night, but instead of their outfits or hair, all anyone can talk about is Kim Kardashian's son, Saint West...

Just like their famous parents, the Kardashian-Jenner kids never fail to steal the show.

And that's exactly what happened this week when Kendall, Kylie, Khloe, Kourtney, and Kim posed for a photo together.

The comments were instantly flooded with one thing...

Nobody could get over Kim Kardashian's eldest son, Saint.

Saint is part of one of the most famous families in the world.

The Kardashian-Jenners all starred in one of the most successful realities shows of all time.

Each of the sisters has a massive influence on social media...

To say they're Instagram-savy is probably an understatement... so we aren't surprised that their kids have followed suit.

They've come a long way since Keeping Up With The Kardashians first aired in 2007...

The famous family has been known to admit to the "small amounts" of plastic surgery they've had done, but more than often, it's clearly just a photoshop job.

But there's one sister who seems to land themselves more headlines than others...

In a move that left the internet stunned, she's also training to be a lawyer...

Despite the good that she has been trying to do, however, Kim frequently seems to get on the wrong side of fans.

But this week, it's her eldest son, Saint, who has hit the headlines.

Kim, along with her famous siblings, took to Instagram to share a family snap with her sisters, and it seems her 4-year-old son Saint decided to get in on the fun.

But, coming from one of the most prevalent family's on social media...

We aren't surprised that Saint knows how to work the camera.

The sisters shared the snap, in which Kim showed off her new pink hair, on their Instagrams.

The comments were instantly flooded.

And many just couldn't stop talking about Saint.

Many found the 4-year-old to be quite relatable.

His photobomb has been described as a whole mood.

The whole thing is pretty hilarious.

And people can't get enough of the sass.

Saint has really taken the shine off his mom on this one.

Some described the move as priceless...

Reactions came in strong, to say the least.

People couldn't get enough of the photobomb.

Take a look at the photo below:

Now that really is a mood. For more on Kim K, scroll on to see how she's feeling about Kanye West running for president...