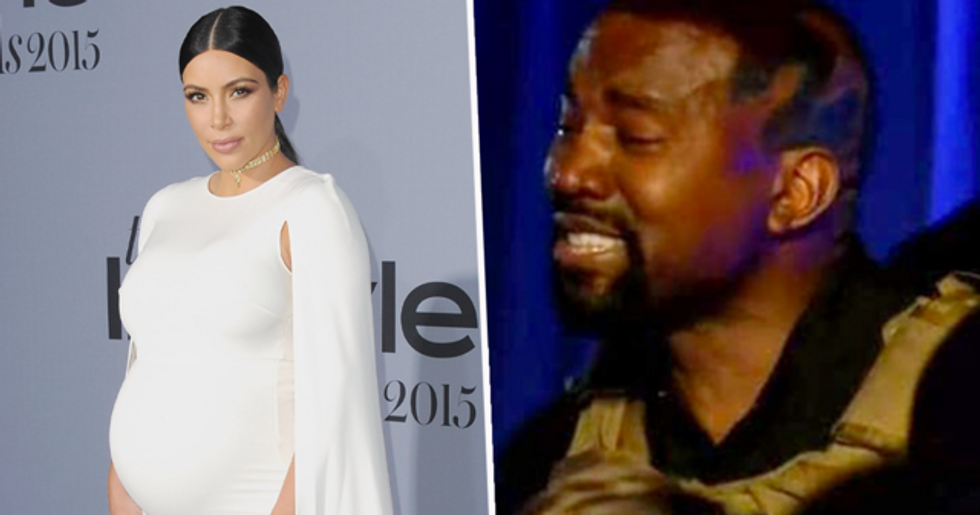 Kardashians Shocked and Upset Over Kanye's Claim That He Considered Abortion

Kanye West's campaign rally over the weekend has left fans a little concerned after he seemingly suffered a breakdown while discussing his personal experiences with abortion.

And now, a source has claimed that the Kardashians are not happy with his shocking claims...

And his behavior left a lot of people feeling alarmed, including the infamous Kardashian family.

However, his campaign proved to be a somewhat chaotic and alarming experience.

During his speech, he decided to tarnish the name of Harriet Tubman, a prominent figure in the anti-slavery movement.

But, evidently, Kanye doesn't see her this way. Speaking valiantly to the crowd - without a microphone - he said: "Harriet Tubman never actually freed the slaves, she just had them work for other white people."

Kanye suddenly dissolved into tears, prompting him to take a moment to compose himself as the audience started to cheer and shout things such as, "We love you Kanye!".

He then blurted out that Kim might divorce him for revealing their abortion discussion...

But, even if she did, he would still thank her for having North.

And it made for an incredibly difficult watch. The man is clearly in a lot of pain, which arises so much concern about him running for president.

Well, Kanye's actions have apparently caused an awful lot of upset amongst the elite family.

Despite their silence on the matter, his unscripted speech has since left his wife and her family upset and alarmed, TMZ reports.

It's caused a real stir in the family...

Sources told the outlet that the Kardashians are "shocked beyond words" by the incredibly personal revelation.

And they have credited his shocking rants to his mental illness.

The sources claim that the Kardashians feel that Kanye is in "desperate need of professional help" for what they claim is an ongoing bipolar episode.

If this really is a bipolar episode, his presidency run seriously needs to be reconsidered...

Let's just hope that Kanye will get the help he so desperately needs.