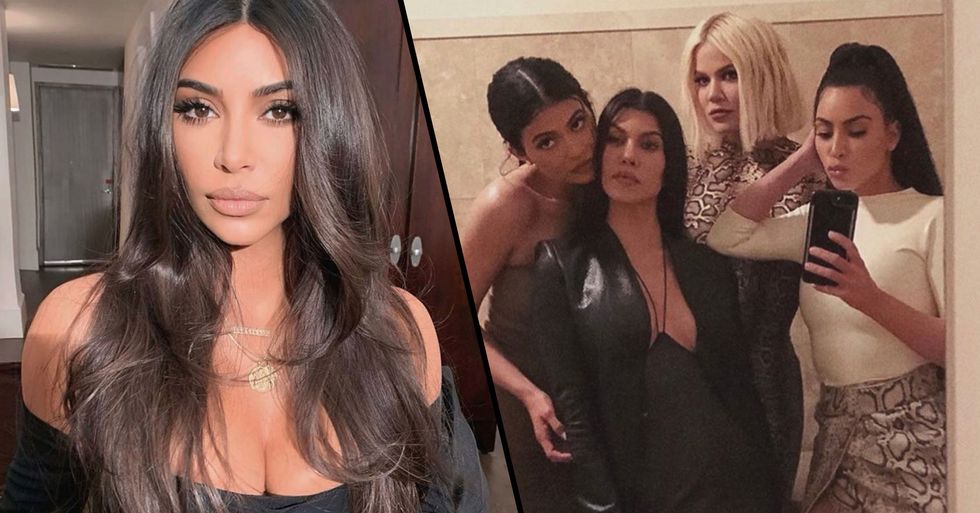 It honestly doesn't come as a shock that the Kardashian family is yet again being slammed.

The notorious family has now launched Kardashian Kloset line and they're selling items for 9 times the price of other retailers...

Especially after recent reports have emerged about Kim and her sister's clothing line.

The famous family has recently embarked on a new fashion venture...

In October, Kris, Kim, Kourtney, Khloe, Kylie, and Kendall set up "Kardashian Kloset", where they recycle their expensive wardrobes and claim to be "promoting sustainability", according to the website.

Now, who wouldn't want to dress like a Kardashian?

And on sale too?!

Their items on sale certainly aren't as cheap as fans expected when they heard the words "promoting sustainability" being used.

Fans are not impressed, to say the least.

Take this Celine brown python blazer that was formerly owned by Kim, for example. Kim is selling the real snakeskin blazer for a cool $3,000.

The exact same blazer is now selling on sale for $380 when it was originally $475. Something isn't quite adding up here, Kim!

We are all well aware of how notoriously expensive Birkin bags are...

But when we looked at how much a brand new version of Kris' bag would cost, it was only $29,000 compared to the Kardashian price. Shocking.

Another one of Kris' handbags...

This beautiful Chanel handbag is on sale for $6,000 whilst other retailers are selling the exact same bag for half the price at $3,000.

When other retailers are selling the exact same coat for $30,000 - $40,000. Still extortionate, of course, but why should we pay more for second-hand?

Sadly, the majority of the Kardashian Kloset items on sale are going for double the price of their original costs...

And a lot of these items feature real animal skin and fur... something the Kardashians have been repeatedly slammed for in the past.

There have been no mentions about proceeds going to charities during the pandemic...

Meaning that the family is more than likely pocketing all of the money made from these overpriced garments.

While some fans think that Kardashian Kloset is a good idea...

We are asking exactly the same question...

Who does buy this stuff?!

People have branded the family as "greedy" and "disgusting"...

@PerezHilton They are literally the greediest, money hungry people on earth. How can multi-millions ( billions) no… https://t.co/5UFcGLPZqD
— Dana Smith (@Dana Smith)1587678540.0

And we must say... they have a point!

@PerezHilton I’m shocked that they’re even selling their secondhand clothing and that the proceeds aren’t even goin… https://t.co/Qt7vubiGNv
— Mary Catherine (@Mary Catherine)1587677591.0

The Kardashians are interested in one thing and one thing only... and that is money.

For more on the Kardashian clan...

Keep scrolling to read about what Kourtney had to say about quitting KUWTK...