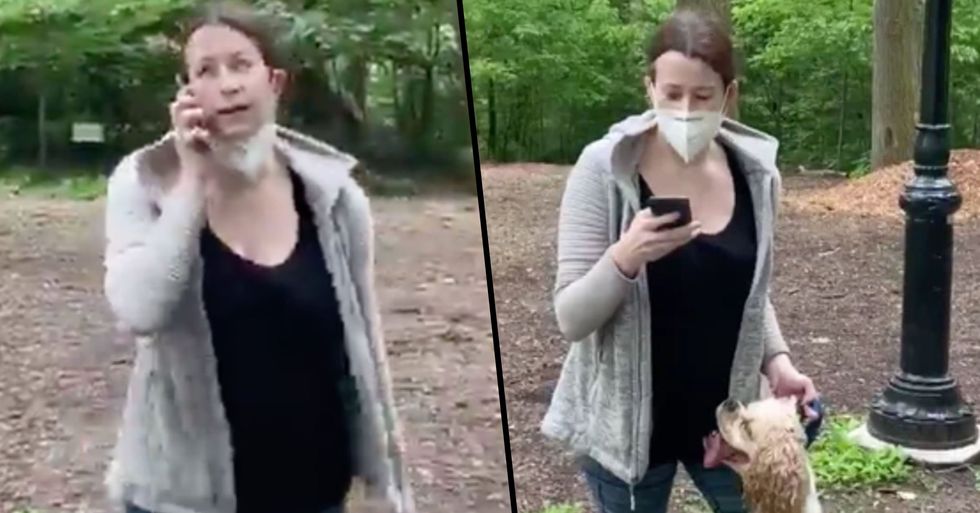 Shocking footage has gone viral today that shows a white woman - or a "Karen", as the internet has christened her - calling the cops on a black man who asked her a simple, and very innocent question.

Now that this woman has been named and shamed, she's finally responded to the backlash...

It's 2020, and racism is sadly still rife across our country,

Now, what exactly is a Karen?

But, for a little more generic description...

And, while still grabbing her dog by its collar...

While standing further away with her dog struggling at her side, Amy goes on to talk to a 911 operator, saying confidently, "I'm sorry, I'm in the Bramble, and there's a man, an African American man, he's recording me and threatening me and my dog."

Has Amy Cooper faced any consequences for her actions?

Well, the New York Post has reported that she has been placed on administrative leave by the investment company that employs her. “We take these matters very seriously, and we do not condone racism of any kind," read a statement from Franklin Templeton. “While we are in the process of investigating the situation, the employee involved has been put on administrative leave."

And she has now come forward with an apology.

She then spoke to CNN...

She said: "I think I was just scared. When you're alone in the Ramble, you don't know what's happening. It's not excusable, it's not defensible."

For more on the disgraceful racism in our country, keep scrolling to read about the black man who was shot by a white police officer in his own home...