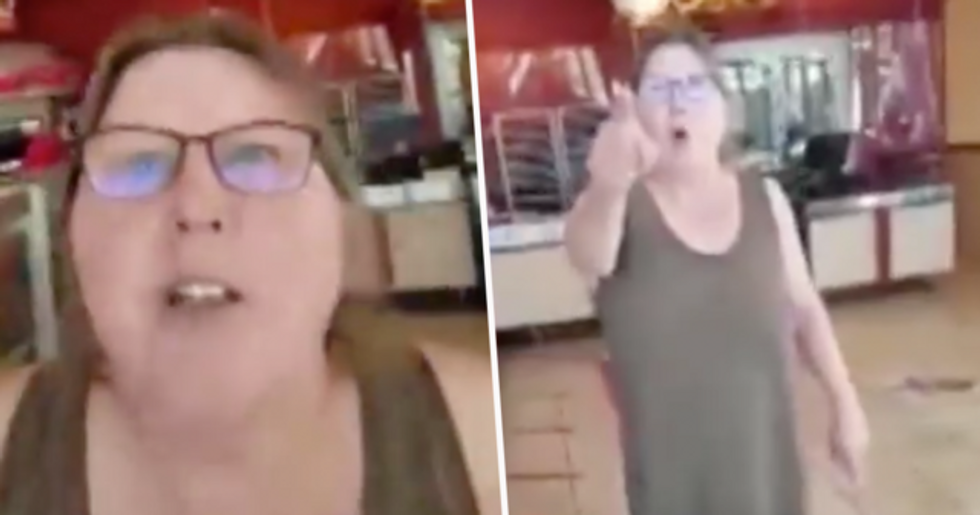 A viral video has shown a woman, who of course wasn't wearing a mask, having a complete meltdown after being refused pizza, and it is the most bizarre thing you will ever watch.

And this time, people are simply in shock over the sheer ridiculousness of the whole situation.

It all happened in a Papa Murphy's pizza joint in Kennewick, WA.

A woman, who has affectionately been nicknamed as "Karen" by the internet, went into the restaurant to order a pizza. So far, so good, right?

So, thanks to new regulations imposed to prevent a second wave, staff at the restaurant told her that she couldn't be served unless she wore a face mask.

Well, this didn't sit too well with Karen...

And, instead of simply putting on a mask or leaving the store, she flew into a rage.

This woman was convinced that the law was on her side...

And she started ranting at the staff that it is "her right as an American to be maskless"... despite the new regulations suggesting otherwise.

She tried claiming that she was hard of hearing...

But this is when things get really funny.

Karen, unbelievably, tries to argue that she has constitutional rights to pizza.

You know, what with all the pizza-deprived shrieking and screaming.

So you can watch the moment for yourself here.

Though be warned: You may need to cleanse your ears, mind, and soul after watching.

The video has now been shared and viewed thousands of times...

And the woman only retreated when an employee offered to bring the pizza out to her truck - where, naturally, her husband was waiting to offer free (and unasked for) First Amendment lessons. For more on why it's so important to wear a face mask in public, keep scrolling...