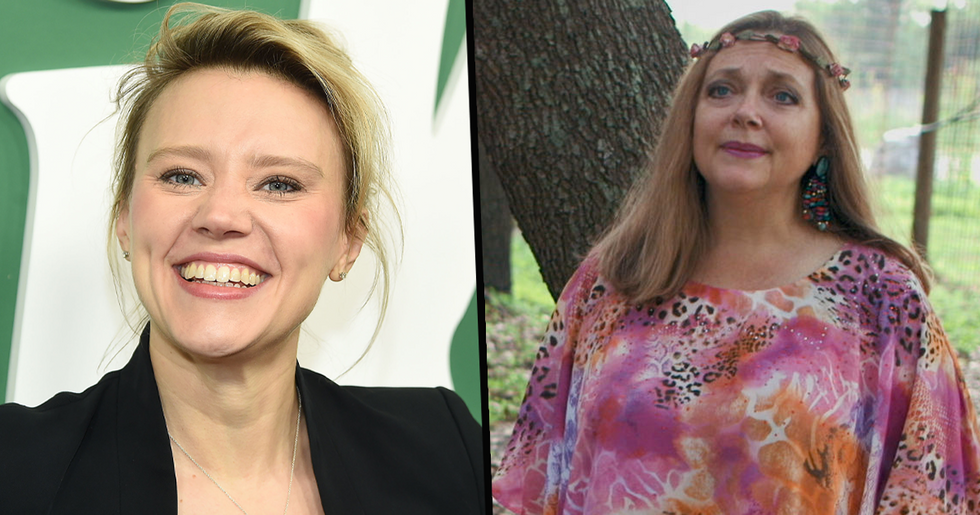 Chloe Rowland
Tiger King well and truly took the world by storm, but now it looks like there's a new series focused on the hit documentary...

And of course, the internet turned into Tiger King minefield.

But, if you thought you'd seen all the Tiger King content that you possibly could...

A new limited series for NBCUniversal is heading our way...

Dubbed Joe Exotic, the show will be produced by and star Kate McKinnon.

The show was apparently optioned back in November 2019 before Netflix's Tiger King blew up.

And is said to be based on the second season of the Wondery Over My Dead Body podcast - which covered the murder-for-hire plot Joe Exotic reportedly orchestrated with Carole Baskin as his target.

The series will be reportedly centered around Baskin as she attempts to shut down Joe Exotic's Greater Wynnewood Exotic Animal Park.

And will explore how the pair's rivalry escalates.

Etan Frankel will write and executive produce the series alongside McKinnon.

Nicolas Cage has also been reported to be taking on the role of Joe Exotic himself.

But, we know that McKinnon will star as Carole Baskin.

The Tiger King madness is far from over.

There's currently no word on when the show will hit screens.

In the meantime, if you are looking for another binge-worthy docuseries to get your teeth into, scroll on...