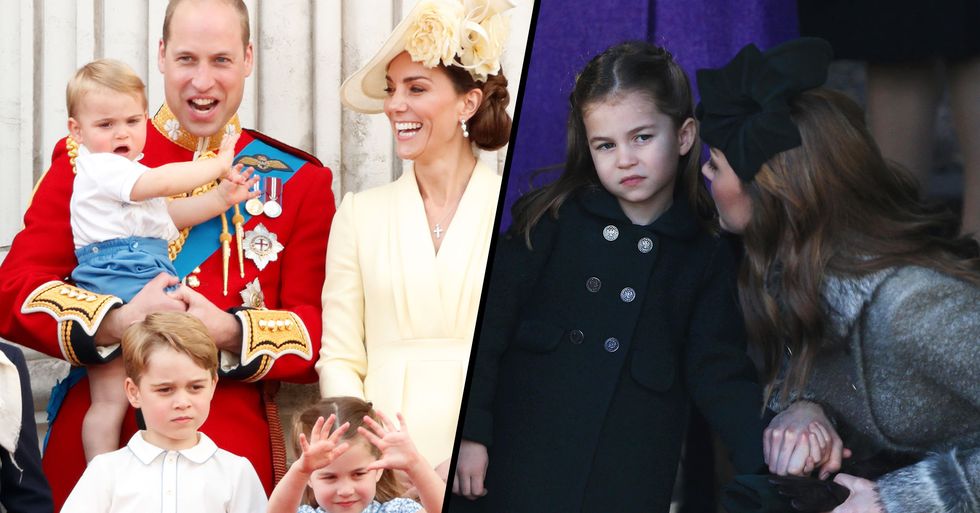 Kate Middleton is truly the Queen of all moms.

She is currently raising the future King of England, Prince George, and she seems to be doing an amazing job with all 3 of her children.

And now, it has emerged that the royal mom uses code words with her children to let them know if they're acting up in public.

The Royal Family is the most famous family in the world...

And, to this day, Charlotte has remained the cheekiest member of the Royal Family...

They make for the most adorable of families...

But just because they're Royal, doesn't mean they aren't like any other family with young children.

As any family can relate...

Having young children is a testing experience and it's always an utter nightmare when they begin to play up in public.

But it turns out that Kate has got an incredible way of dealing with this little problem...

And that is through the use of code words.

No matter how royal a child is...

They will always play up in public spaces, and being in the public is a huge part of being a royal, so Kate has devised a range of code words to keep the kids in line during important visits.

According to a report from The Sun, Kate's code word phrase for "calm down" is the pretty simple, "Let’s take a break." When Kate announces it's time for a break, George and Charlotte know that it's time to take things down a notch and, if they aren't out in public at the moment (because this code is used behind closed doors, too), they take a few minutes to engage in a quiet, solo activity, like reading a book or doing a puzzle, to regroup.

"It’s very hard for any parent to have to parent in public," Dr. Rebecca Chicot, founder of Essential Parent and the author of the Calm and Happy Toddler, told The Sun. "She seems to be good at making warm contact 'touch to the head' which is a nice connection," Chicot then explained, "She gets down to their level to talk to them but lets them be children. She has a lovely balance of sensitivity and gentle boundaries. She doesn’t expect them to behave like little adults and knows that children go through perfectly natural stages like tantrums."

She is the perfect role model for many moms around the world...

"Kate is a sensitive and warm mom," Chicot added. "This is called an authoritative style of parenting that is now encouraged. This is compared to autocratic parenting that was encouraged in some circles in Victorian times (e.g. children should be seen and not heard)."

Kate Middleton is well and truly the real-life Super Mom.

For more on the royals, keep scrolling to see how Meghan Markle channeled the late Princess Diana for her last ever royal appearance...