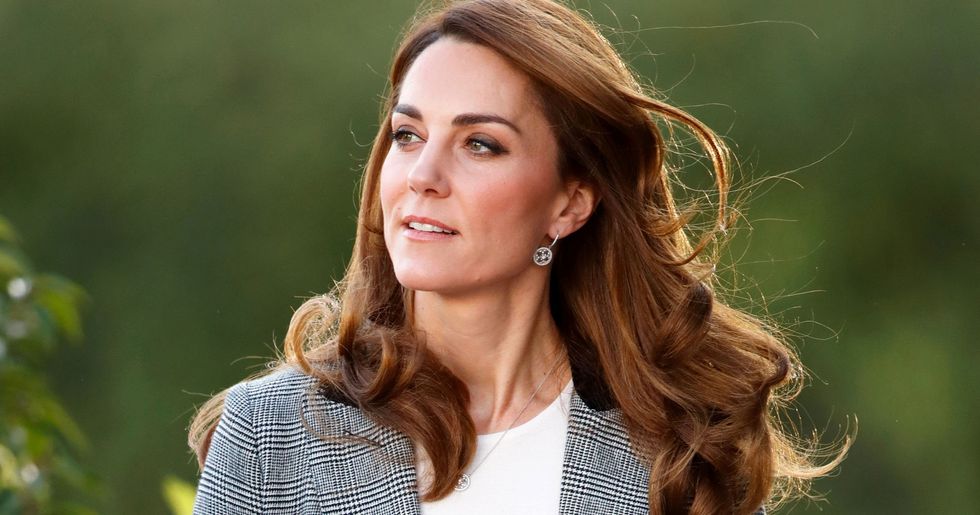 Say what you want about celebs - they sure know how to get everyone talking. And one of the best ways to get the job done? Well, through the magic of fashion, of course. When it comes to breaking the internet through their sartorial choices, there seems to be one clear route for celebrities to go down. The best method to garner maximum attention? By getting (almost) naked, of course!

Whether they're flashing some flesh, wearing clothes that look more like an optical illusion, bending rules of gender, or freeing the nips, we've selected sixty of the most shocking celebrities dresses of all time, including Kate Middleton's sexiest dress ever.

Trust me, you'll want to tune in for this one.

At the Victoria's Secret Fashion Show After Party in 2018, Bella wasn't afraid to go for a chain mail "cover-up."

No nude-illusion list would be complete without Kim - and this optical illusion look that she wore to the E! People's Choice Awards in 2018 is pretty special.

In the first of a few appearances on our list, here, Kendall rocks an almost totally sheer gold gown to the 2018 British Fashion Awards.

Proving you can look naked and classy is the Indian actress, also at Cannes.

The singer looks every inch the '00s R&B star, draped in diamantes at the 2018 Billboard Music Awards.

Rather than being "nearly naked" through a sheer finish, the singer instead went for a shredded effect.

The Met Gala is an opportunity for celebs to truly think outside the box - and at the 2019 ceremony, Kravitz certainly didn't disappoint.

At the NAACP Image Awards in January 2018, Berry's look was rather ... crotch-centric.

And those red carpets were no stranger to celebrity nudity, as Cox opted for a similarly revealing look at the same event.

The model (and Mrs. John Legend) had to be careful not to move too much at the American Music Awards in 2016.

Here's another classic, and arguably the pioneer for the resurgence of the naked dress. Rihanna rocked pretty much only Swarovski crystals to the 2014 CFDA Awards.

You may know her for her tumultuous relationship with Bradley Cooper, but back in 2015, the model went nearly-nude to the Vanity Fair Oscars party.

At the same 2015 Met Gala, Beyonce was also concealed only by jewels - and she looked incredible.

The "camp" theme at the 2019 Met Gala gave us a lot of strong (and revealing) looks - like this one, by model Emily Ratajkowski.

Her plunging neckline and layers of tulle at the 2019 Met Gala made for an unexpectedly classy look.

The Duchess of Cambridge was out to stun crowds on Monday evening as she and her husband, His Royal Highness, Prince William, attended the annual Royal Variety Performance at the Palladium Theatre in London.

Kate chose a gown we had never seen her in before.

Dressed in a gorgeous lace number, this floor-length gown hugged the royal in all the right places while still holding onto the elegant aspect the Royal Family aims to uphold.

People have deemed it the "sexiest" dress we have ever seen her in.

The glamorous gown was an Alexander McQueen ensemble, paying homage to the fashion house that also designed her beautiful wedding dress back in 2011.

Have a look for yourself.

It was nine years ago this week that the royal couple announced their engagement.

The duo continues to stand strong despite all the rumors surrounding the palace. Here's to the next 9 years and many more. If you're in the mood to read more about the difficulties the all-star royals are up against, then keep scrolling.