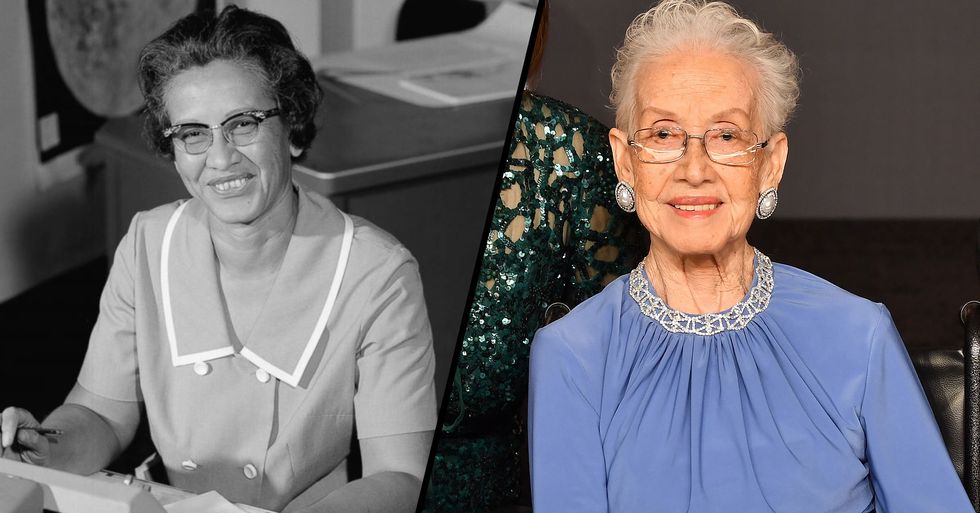 Mathmetician and real-life subject of hit movie Hidden Figures has passed away at age one hundred and one. The inspirational woman played a huge role in NASA's first successful orbit of the earth, and was played in the movie by Taraji P. Henson.

She paved the way for the first man to orbit the earth during her time at NASA.

She passed this morning aged one hundred and one.

But her impact on the world of science and space explorations will be felt forever.

She received the Presidential Medal of Freedom in 2015.

Obama said she "broke the barriers of race and gender, showing generations of young people that everyone can excel in math and science and reach for the stars."

Her work was honored by Hollywood in 2016.

Hidden Figures is a movie about the work of African-American women did for NASA that had never been properly celebrated.

The movie was well-received and very critically acclaimed.

NASA Administrator, Joe Bridenstine, has made a statement.

"Johnson helped our nation enlarge the frontiers of space even as she made huge strides that also opened doors for women and people of color."

"Her dedication and skill as a mathematician helped put humans on the moon."

"And before that made it possible for our astronauts to take the first steps in space that we now follow on a journey to Mars."

And her mathematical work came before the advent of modern computing - making it all the more impressive.

In fact, for a time Johnson was more reliable than the computers.

John Glenn claimed, "If she says they're good, then I'm ready to go."

"We will never forget her courage and leadership and the milestones we could not have reached without her," finished Bridenstine.

A true inspiration. Unfortunately, Johnson isn't the only legend to have passed away this year. Scroll on for all of the big names.