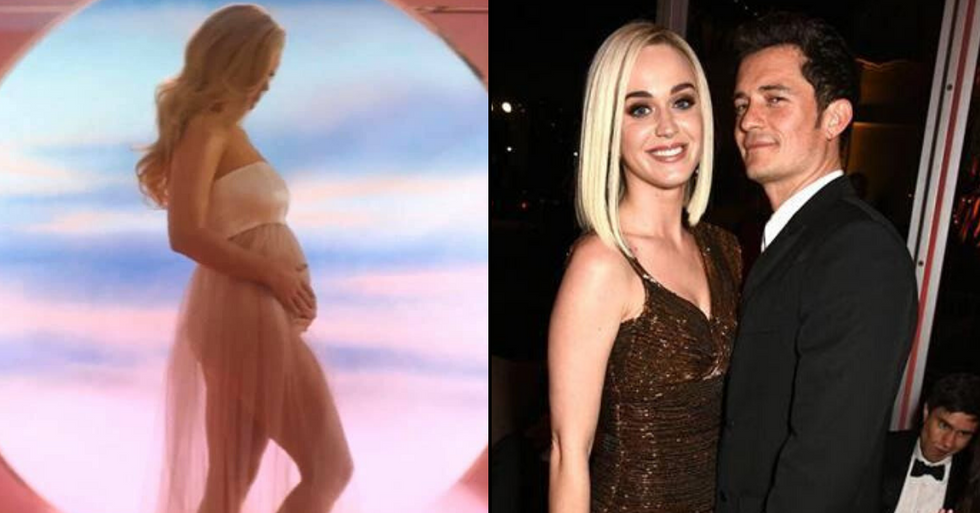 In a shock and unexpected announcement, pop sensation, Katy Perry, has revealed that she is pregnant with her first child with fiance, Orlando Bloom.

The exciting news comes in the wake of the release of her new song, "Never Worn White" and, of course, Katy pulled out all the stops to share her news with her fans.

Keep scrolling for the full story, and to see just how she revealed her bump...

Her 2015 Super Bowl half time show is thought to be the most watched musical event ever.

The couple have had some amazingly cute moment together.

But, as of yesterday, they have something much more exciting to look forward to.

As she can be seen donning a rather quirky and unique floral dress at one point.

She then addressed her pregnancy in an Instagram live stream...