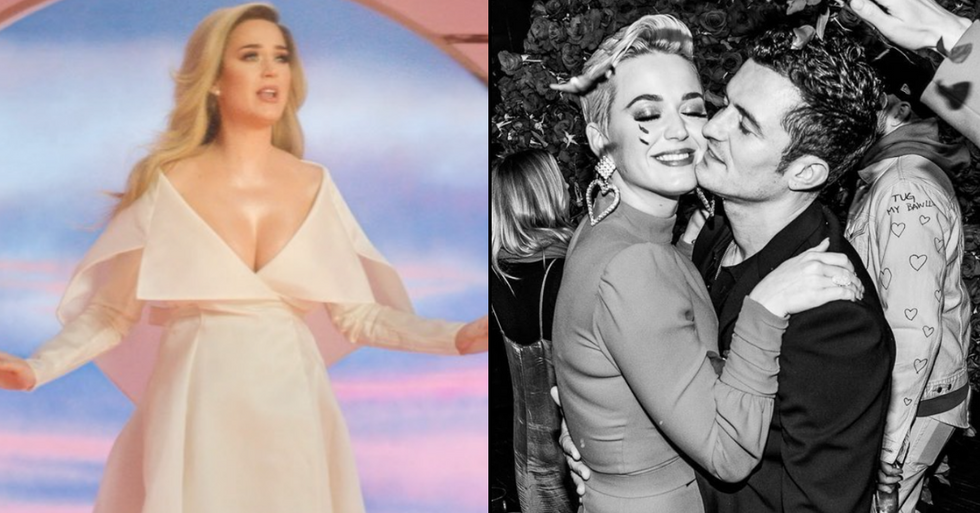 Katy Perry Explains How She Hid Her Pregnancy, The 'Longest Secret I've Ever Had To Keep'

In a shock and unexpected announcement, pop sensation, Katy Perry, revealed yesterday that she is pregnant with her first child.

The pop star managed to keep her pregnancy well and truly under wraps for months, and now she has finally revealed just how she kept such a huge secret hidden for so long.

Keep scrolling for the full story and to watch the video reveal...

It seems that Bloom was simply focusing his attentions elsewhere - like on his romantic life, for instance.

And, after a couple of relationship hiccups, they officially confirmed that they were together in April 2018.

But, as of yesterday, they have something much more exciting to look forward to.

Well, she has now revealed her tactic...

This photo was taken last month...

And the purse does infact seem to be working a treat.