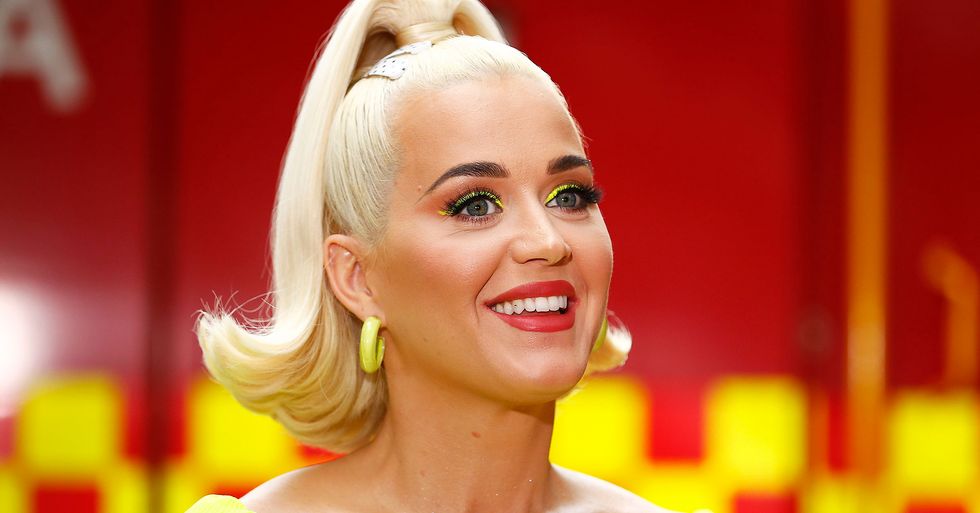 Katy Perry has shown off her post-baby body just days after giving birth, and fans are seriously impressed with her confidence and realness...

She and Orlando Bloom welcomed their daughter into the world last week and ever since, the new mom hasn't been afraid to keep things real.

Now, Katy Perry is one of the most successful singers of our time.

Katy and Orlando are now one of Hollywood's more glamorous couples...

But it took them a while to get to where they are now as new parents.

But, as of this year, the couple has made a huge step forward in their relationship.

The couple announced that they are expecting their first child together!

Through her new music video... of course.

And as the video draws to a close...

And it seemed that she had been staying healthy and well throughout the lockdown period.

Daisy Dove Bloom came into the world and her arrival was announced with this super sweet Instagram post. "We are floating with love and wonder from the safe and healthy arrival of our daughter."

Fans were overjoyed for the couple and for Daisy's safe arrival...

And can we also mention how much we love the little girl's name?!

But despite the arrival of little Daisy...

Katy hasn't let this stop her from working hard on promoting her new album, Smile.

But for the first time in a long time, Katy wasn't going to be glamming up for this year's MTV Video Music Awards.

The VMA's took place last night via a virtual ceremony and even though Katy didn't get dressed up for the occasion, she decided to post a super-real Instagram story snap to mark the occasion.

Along with a pair of comfy-looking grey knickers, which were pulled halfway over her still-swollen stomach... and it's safe to say that fans were living for it.

Here's the selfie in question...

And all we can say is... amazing. Thank you for keeping it real, Katy! Do you know the secret meaning behind Katy and Orlando's name choice for their new arrival? Scroll on to find out...