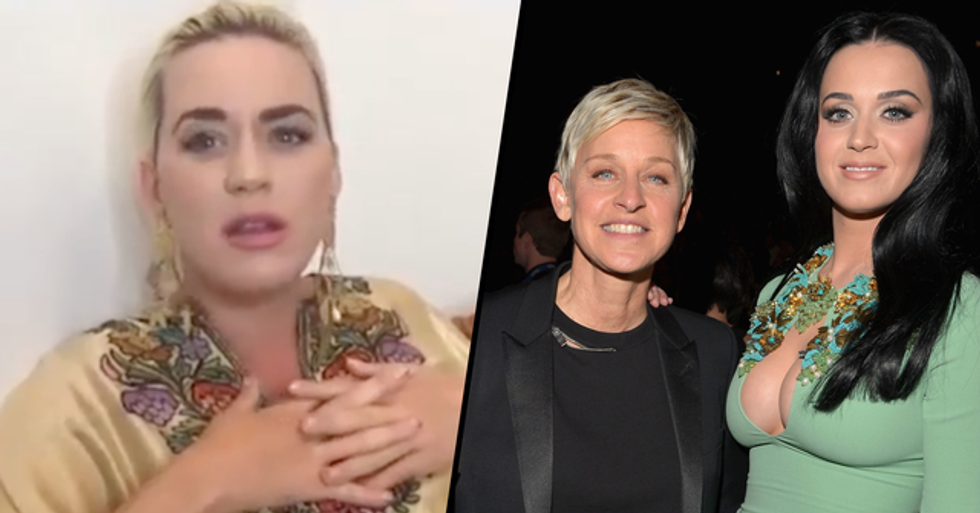 Annie Walton Doyle
Katy Perry has jumped to defense in the midst of Ellen Degeneres's media firestorm - but not everyone is a fan of her words of support ...

The current Ellen DeGeneres controversy is hard to miss.

But on celebrity has jumped to the presenter's defense ...

But, as of a few months ago, they have something much more exciting to look forward to.

We are utterly thrilled for the couple's happy news...

And we're sure that they are starting to prepare for the arrival of their little girl.

Katy has been keeping her fans updated throughout her pregnancy...

Katy is rocking the pregnant look.

Katy is set to give birth in the coming weeks...

But this week, she's been hitting headlines for quite a different reason ...

Unless you've been living under a rock, you'll have heard about Ellen DeGeneres' latest issues.

Tons of previous show staffers have come forward with claims of mistreatment and even more serious problems.

And even former guests have spoken out.

But one star who's leaped to Ellen's defense?

Katy Perry - with a couple of controversial tweets.

She claimed Ellen had always been pleasant to her.

But fans were not happy about this support from Katy.

@katyperry @TheEllenShow You’ve only had positive takeaways because you’re one of the biggest artists on the planet Katy. That’s why.
— JA DIAZ (@JA DIAZ)1596525854.0

The way Katy Perry gets treated is probably not the norm.

It's not really about how Ellen treats celebrities ...

But how she treats those who work for her.

And to be honest, we can see why.

Some branded it disrespectful.

And it's hard to deny her timing was poor.

There was one overring reponse.

Delete! Now! Want to learn more about the Ellen situation? Scroll on ...