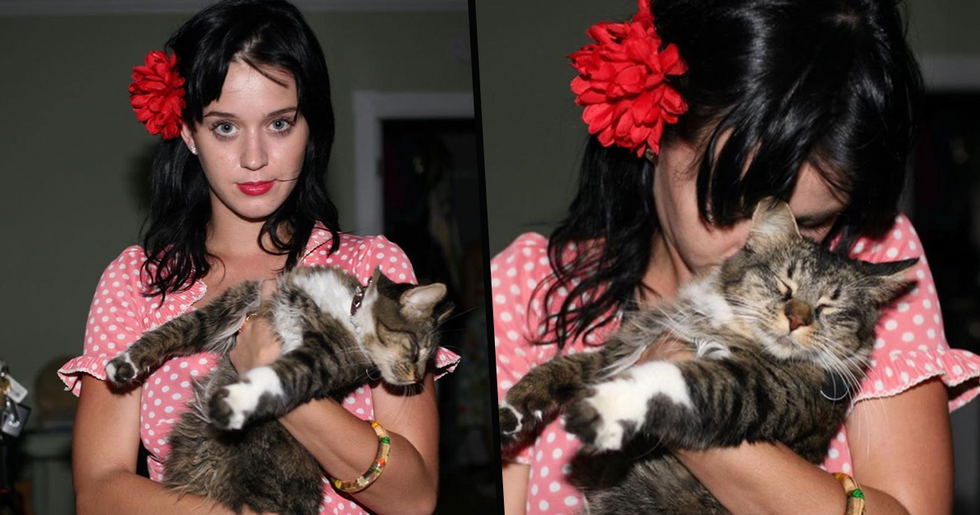 Katy Perry has been making a lot of headlines recently, but for all of the good reasons - such as getting engaged and announcing her pregnancy.

But the terrible news has just come in that her iconic cat, Kitty Purry, has passed away.

Orlando hasn't been in a movie since 2017 and he hasn't been seen on our screens for quite some time.

It seems that Orlando was simply focusing his attentions elsewhere - like on his romantic life, for instance.

And, after a couple of relationship hiccups, they officially confirmed that they were officially together in April 2018.

Well, the couple have confirmed it in a typically out-there way - through a pink-icing-smeared selfie, of course!

We're sure that the power couple are steadily preparing for the arrival of their daughter...

But some sad news has just come in that has broken the string of good news in Katy's life recently.

Her iconic cat, Kitty Purry, has sadly passed away.

Katy has had her beloved cat for fifteen years and, as all pet owners can relate, an animal well and truly becomes a part of the family; so this must be a very difficult time for the singer.

She wrote: "Kitty Purry crawled through my then-boyfriend’s window fifteen years ago, fully pregnant and seeking shelter. Two litters and many moons later, this street cat became a lovable mascot to many. Sadly, Kitty completed her 9th life last night. I hope she rests in salmon fillets and tuna tartare way up in catnip heaven. Kitty, thanks for the cuddles and companionship along the way. Big thanks to my brother David and @garethwalters for being great co-parents."

Fans, who are all familiar with Kitty, have been sending in their good wishes to the singer...

"This makes me so sad," one person wrote, with another commenting: "I’m so sorry to hear that, RIP Kitty Purry."

We send our condolences to Katy during this difficult time.