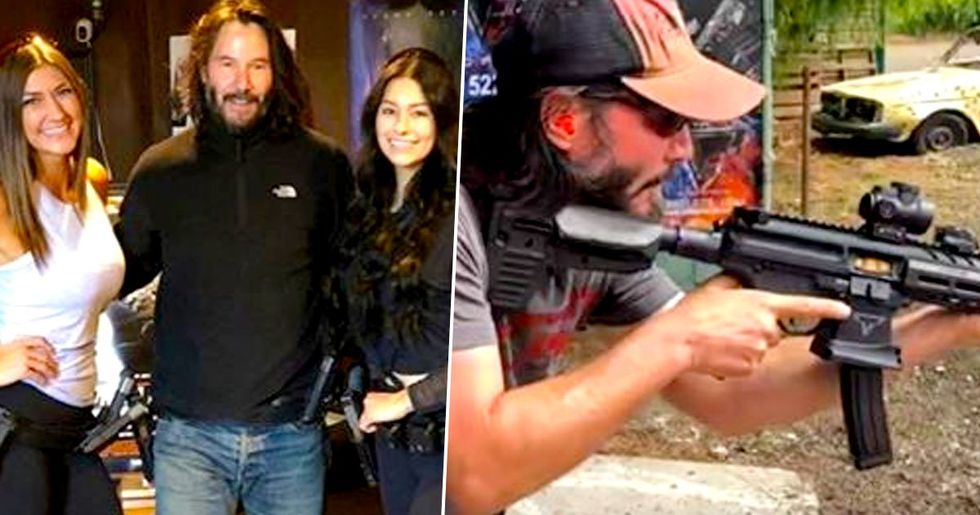 Reeves has lived a life marred by tragedy and has only ever come out of it with generosity and kindness for the world around him.

Now fans will be pleased to know Keanu has began training for both the Matrix 4 and John Wick 4.

It's recently been revealed that Reeves has been cast in Toy Story 4 - and, needless to say, the internet is very excited about it.

Well, he initially appeared to not have heard about what was going on online - until he was confronted on the red carpet for Toy Story 4 this week.

John Wick: Chapter Three - Parabellum was released earlier this month, and Reeves has earned positive reviews for his role.

His reaction to being confronted with the news that he's the internet's latest boyfriend is perfectly wholesome - and we'd expect nothing less.

We have some good news for you. Keanu is officially back in training for two films which are highly anticipated.

They're his two most famous sagas and people are totally hyped for them. Now Keanu is spending all of his time working on them and training for the roles.

His training involves working with firearms,

Taran Butler , owner of Taran Tactical, who has trained Reeves for many of his films confirmed the news recently explaining that Reeves has already begun to practice his mastery with firearms for both films.

Butler described Reeves as someone who always wants to be better.

According to Fotogramas, Butler described Reeves as someone who has always wanted to reach the 'next level'. Butler explained:

He tries to go faster, improve and improve, and that attitude is the reason he is so good.

The Matrix 4 and John Wick 4 drop on the same day.

Both films will be fighting each other for the number one box office spot. They both drop on May 21 2021. Put that in your diaries.