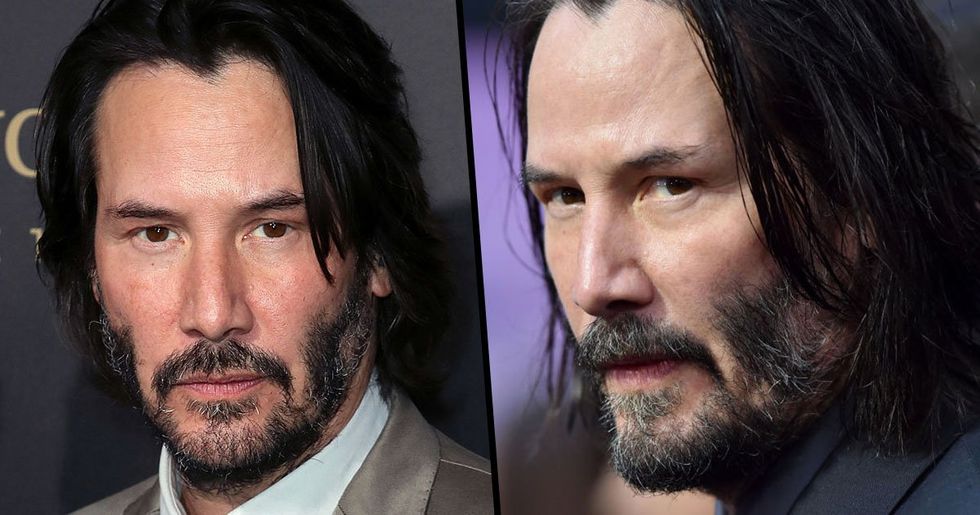 So, it's no surprise that pretty much anything the actor does makes headlines everywhere, and it seems his latest move is no exception.

The star, who's working on the Bill and Ted 3 movie right now, has been seen donning a new clean-shaven look in the reprisal of his role as Ted, and, as you can imagine, the internet has mixed feelings about it...

But that's changed in recent months, with Reeves starring in the likes of the third part of the John Wick franchise and Pixar's Toy Story 4.

Acting hiatus or not, the internet can't get enough of him.

He has found himself at the center of countless memes.

Well, he initially appeared to not have heard about what was going on online - until he was confronted on the red carpet for Toy Story 4.

John Wick: Chapter Three - Parabellum was released in May, and Reeves has earned positive reviews for his role.

And now, with Toy Story 4 under his belt, Reeves is about to be introduced to a new generation of fans.

And it seems there's no stopping him.

Reeves has just been spotted filming another movie.

The actor is currently filming for the third installment of the Bill And Ted franchise.

Production was announced earlier this month, nearly thirty years after the previous installment.

And it seems like he's been sporting a brand new look for it.

In recent years, his beard has become a bit of a trademark.

But that's all changed. Take a look at the new, beardless Reeves...

The actor was spotted with a clean-shaven face.

Of course, fans had something to say about his look.

It seems that there are mixed feelings about Keanu's lack of facial hair.

Some fans took to the change well.

Many fans still agreed that Reeves looks handsome, beard or no beard.

Others were entirely distraught.

But, if it means we see more Reeves on our screens, surely it's worth it?

Beard or not, we still love him.