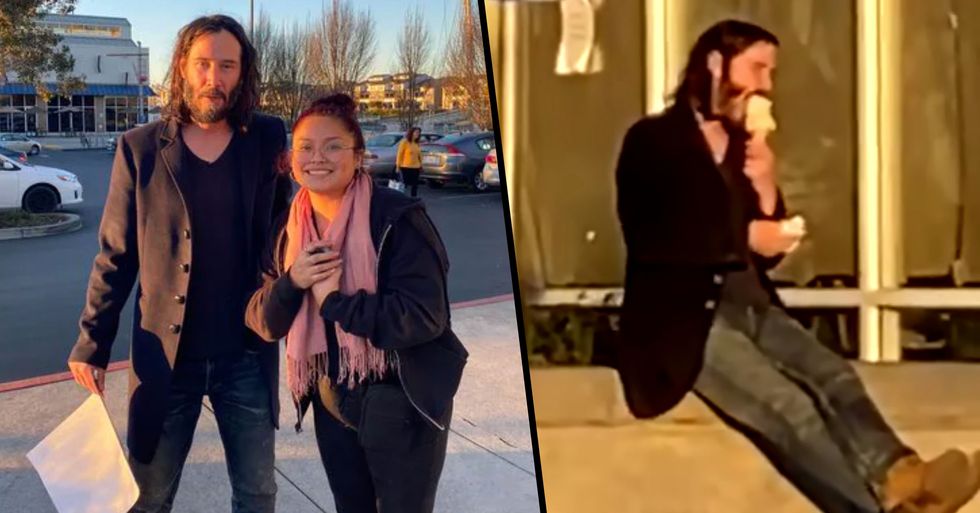 Last year, a red carpet appearance got everyone excited - because he had finally gone public with a girlfriend! The internet went totally crazy over the newfound love.

And now, Keanu has proven once again why he's the most adorable celebrity around.

"She is kind, warm and spiritual, and she is a great communicator." Only the best for the internet's favorite man. We wish them a very happy future together!

And now, Keanu has proven yet again why we love him so much.

The adorable actor is simply the most wholesome man in Hollywood - and it's safe to say we're obsessed.

Reeves was spotted sitting outside of a Baskin-Robbins near San Francisco.

He apparently walked into the store alone to purchase a scoop and a cone - leaving a large tip, of course. Reeves then sat down outside to enjoy his ice cream alone.

And when she asked for a photo, you know the nicest man in the world was happy to oblige. Just when you thought you couldn't love Reeves any more! Fancy more Keanu? Scroll on for a viral photoshoot that got everyone talking.