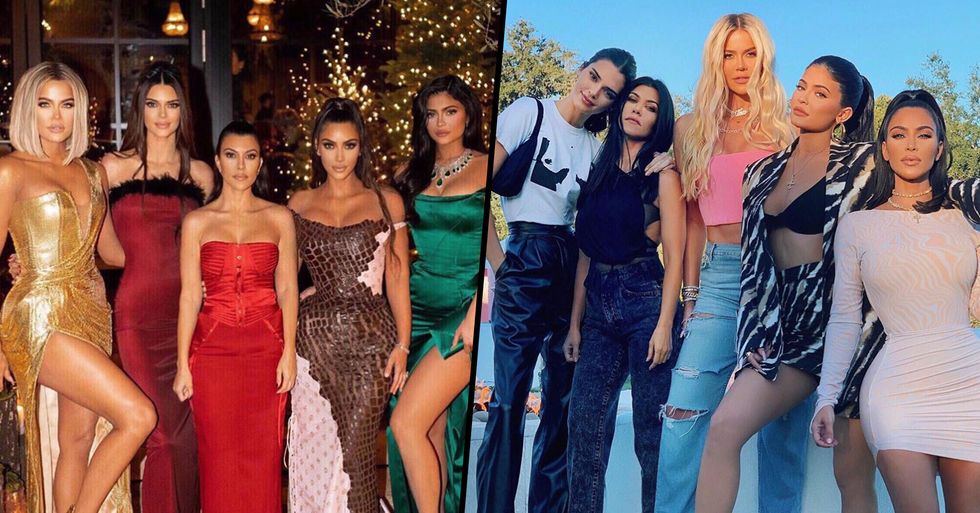 'Keeping up With the Kardashians' Cancelation Has Torn the Family Apart

As news of Keeping Up With The Kardashians coming to an end dominates headlines, claims that the decision tore the family apart have followed.

From Kris Jenner reportedly 'pulling the plug', to 3 of the sisters' reported desire to end the show, the rumors are rife...

Just a few days ago, news hit that no one was expecting.

The iconic show, Keeping Up With the Kardashians, is coming to an end...

It's a decision that can't have been easy to make.

And one that has reportedly torn the family apart...

But now even more shocking news has reached us:

Kim Kardashian has announced KUWTK will air its final season in 2021.

Now, a big decision like that you would presume would have been a big discussion.

For not only the family involved, but also with those around them... But seemingly not.

None of the family even thought to tell Caitlyn, who was kept in the dark about the whole thing...

The seventy-year-old said on Thursday, that the girls didn't even tell her about the decision beforehand.

Rather than being told by the Kardashian/Jenner clan as you would expect...

Caitlyn found out like everybody else, by watching the news.

Caitlyn revealed on Australia's The Morning Show: "I heard it on the news!"

Although she didn't seem too bitter about the situation, as she went on to praise Kris Jenner and their family for the dedication and effort they put into the show over the years.

"But that show, it's probably the greatest reality show in history. There are over 500 episodes over 14 years," Caitlyn said.

"The girls and Kris have done just an amazing job with the show and keeping it going for this long. But everybody is in a different place now and I think it's time to move on. But what a run."

She added that "nothing lasts forever" and is excited about her family's new ventures in cosmetics and clothing lines.

"I wasn't surprised but I just am so proud of the kids for doing such a great job over the years... I don't know the inner workings of all the family, but I know all of the kids have moved on into their own areas," she said.

And Caitlyns not wrong, the sisters have all moved on to their own things.

They all have their own busy lives now.

With their own dramas going on.

And businesses to run.

This is an aspect that could have played a part in the show's cancelation after rumors suggested that Kris canceled the show after Kim, Kourtney, and Kylie threatened to quit.

The Sun reported that a source close to the family claimed: "The family have been locked in an ongoing debate over the future of the show for months now."

"Kim has all the drama with Kanye West going on - he’s refusing to put anything personal on the show, and it’s increasingly difficult for Kim to find time to film the show."

"Kylie is making billions of dollars through her make-up line and product endorsements - she doesn’t need the show, and like Kendall, has always struggled with fame and being in the spotlight."

"Filming the show meant having to be in LA with her family - now she is free to fly off on holiday, or follow [baby daddy] Travis Scott on his next tour."

This all follows Kourtney's exit from the show earlier this year.

The source reportedly added that Khloe and Scott are the only people upset.

"The ratings have been falling for ages and they’re such huge stars, they don’t need the show to make money - but ultimately it was Kim’s decision to take a break and Kylie and Kourtney’s exits that meant it ended."

The day following the announcement, Kris Jenner discussed the decision with Ryan Seacrest.

Kris explained that it felt the time was right.

She said "I think the number 20 used to sound good until 2020, but the number 20 just seemed like the right time I think for us to take a minute and breathe and everybody slow down a bit… figure out what our next steps are."

"We've had such an amazing run and we're so grateful … for every single moment and everyone we work with."

Who knows, maybe it will come back in a few years.

We can keep our fingers crossed!

Fans across the world are devastated at the news of the show ending.

KUWTK has truly been an iconic element of television for so many years. It will be sorely missed. To relive the most iconic KUWTK moments from the past fourteen years, read on. Happy scrolling!