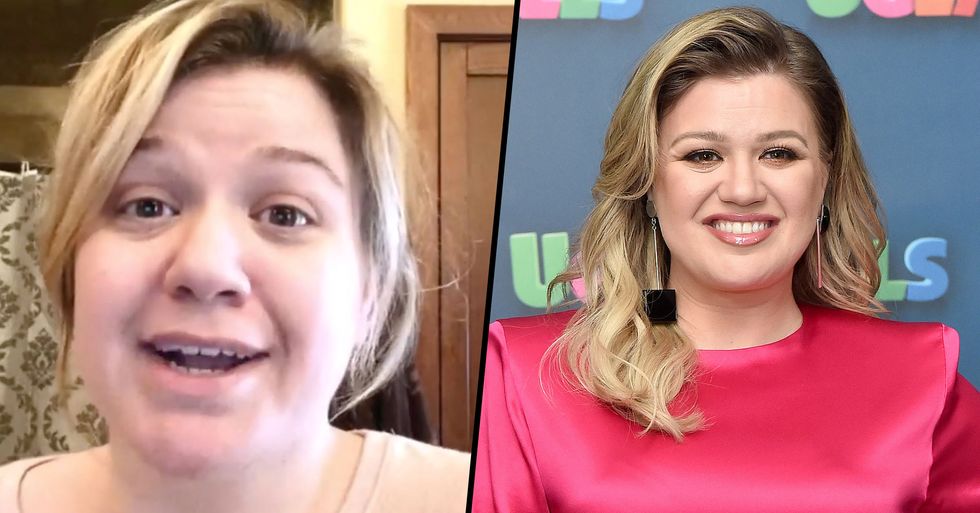 Kelly Clarkson Mom-Shamed After Posting About Her Daughter's Hair

Every parent brings their children up differently.

Although there are some things that are heavily looked down upon. And Kelly Clarkson is no stranger to mom-related controversy, but it's her recent decision surrounding her daughter's hair that has once again, sparked debate...

There are some aspects to her mothering that many disagree with.

Not long ago, Kelly Clarkson has admitted that she spanks her kids.

And she has defended her reasoning why.

All children need discipline, for the sake of their own development and for the sanity of the parents.

But research has shown, time and again, that spanking doesn't get your kids to behave better...it actually damages them in several ways over the course of their lives.

Getting people to change their behavior by inflicting pain on them is known as corporal punishment.

It's been around for thousands of years, but recent investigation finds it's just not a good way of achieving its goal.

The act of spanking didn't come to America until much later, with slavery.

Yup. Spanking actually stems from the treatment of slaves.

Parents do it because it's a way to convey dissatisfaction and pain to a child without causing lasting harm.

Most parents decide to spank or not based on how they were raised.

It's still very popular in spite of new evidence stating that it doesn't work.

via: The Medical Blog

Parenting.com found that 61% of parents felt it was acceptable as a regular form of punishment.

However, it can actually backfire.

It could make them resent their parents and authority.

Or even make them more aggressive.

A study by Tulane University found that children spanked by age 5 were far more physically aggressive than those who were not.

It clashes with the lesson you shouldn't hit or hurt other people.

But ultimately, it is the parent's decision to decide whether they will use it as their parenting method.

Some parents wouldn't admit to spanking their children.

But there is one parent who has.

Kelly Clarkson has admitted to doing it.

And also explained why she doesn't disagree with it.

Speaking in an interview she opened up on her thoughts on spanking her children.

Speaking to 98.9 The Buzz she said: "I’m not above spanking, which people aren’t necessarily into."

Kelly explained that it is a last resort though.

She said how she would warn her daughter first.

To give her a chance to start behaving but if she did not then she would use spanking.

Now, many parents may be very against this.

And would never dream of doing it to their child.

But Kelly explained that her decision to do it comes from her experience as a child.

She said, "My parents spanked me, and I did fine in life."

Whilst she isn't against it, she did, however, admit that it is a hard thing to do in public.

Kelly explained “People are like, you know, they think that’s wrong or something, but I find nothing wrong with spanking."

Now, of course, its every parent's decision to make whether they want to do it to their child, or not.

And now Kelly has defended another controversial parenting decision.

She made the choice to dye her daughter's hair purple this week.

And pre-empted any mom-shaming comments with her explanation.

And it seems the majority were quick to jump to her defense.

Even this cute hack!

Hey, if the kids are happy, that's what matters, right?

"Have fun with your kiddos Kelly"

Want more parenting content? Scroll on for the best hacks.