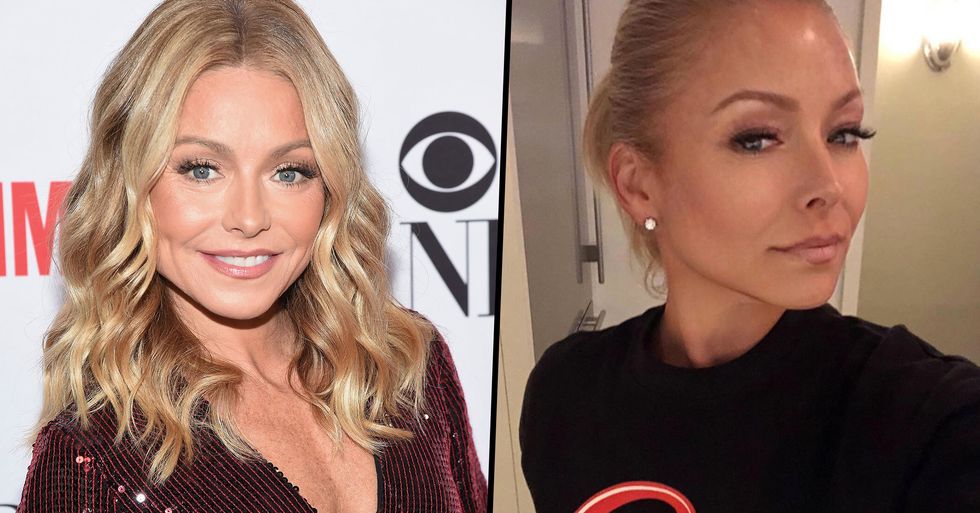 Love her or hate her - you can always count on Kelly Ripa to tell it like it is. And when fans criticized her lockdown appearance, she had the best response.

Over the pandemic, many of us have noticed one thing.

When you're not really seeing anyone...

What's the point of sprucing up?

Sure, we can still scrub up good.

But for day-to-day? Standards have undeniably slipped.

And there's nothing wrong with that!

If you're looking after your mental health and wearing your mask, we think you can look however you like during this weird time.

But there's one celebrity who has proven she's just like us.

Kelly Ripa has been coming under fire for her lockdown looks - and she's not taken it lying down!

And are no strangers to PDA. But Kelly's latest went a little far for some people's tastes.

But now Ripa has stumbled into another controversy.

Since lockdown began. Ripa and Seacrest have been hosting their talk show online.

And without hair and makeup...

Fans were eager to point out they look a little different from usual.

Seacrest claimed "once in a while" he heard complaints about their looks.

Including that the two looked "shiny."

But Ripa was not one to take this easily.

"I don’t care," she proclaimed.

"I have a new outlook on life."

"Certain things don’t matter any more and my appearance is one of those things that just don’t matter."

"First of all, let me just say, to people commenting about our appearance, 'How dare you and you’re lucky that we actually put clothes on. It’s harder than you think to roll out of bed and come to a TV show.'"

"I'm this close to just pulling the laptop into the bed!"

"I’m not going to do that because I keep telling myself, 'You’re a professional and this is still a TV show and the days matter.'"

"All of my clothes, all of my hair products, and all of my makeup is locked in the studio, which is closed because of everything that is going on."

"So now I’m just in an 18-year-old self-tanner and workout clothes," she quipped.

Thanks for being so down to earth, Kelly!

We need more celebrities like you right now! And for more stars keeping our spirits up during lockdown, scroll on...