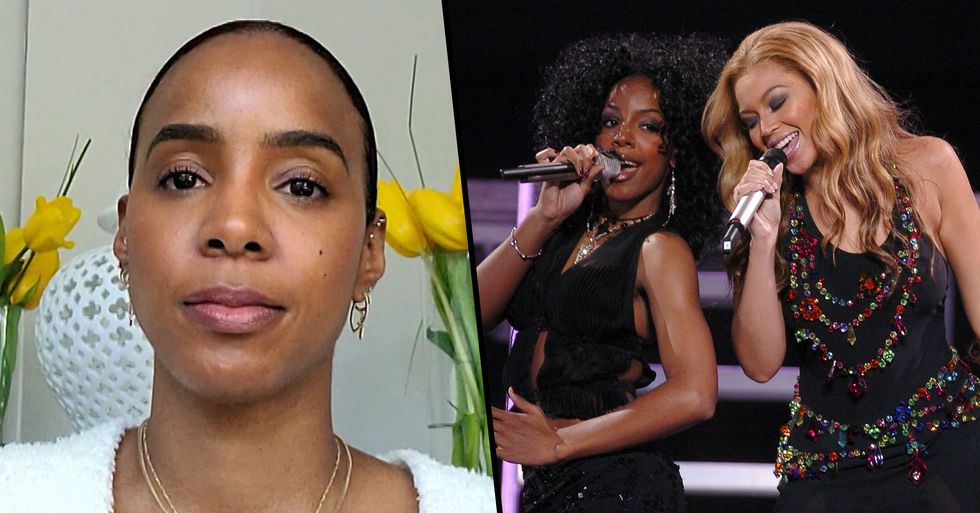 Kelly Rowland Describes Being in Destiny's Child With Beyoncé as 'Torture'

Destiny's Child may have provided us with some absolute anthems, but it seems that for Kelly Rowland, her time in the band was far from sunshine and rainbows.

Now, she revealed some secrets from her time in the band nearly fifteen years after they parted ways...

’90s R&B girl group, Destiny’s Child, provided many of us a soundtrack to our youths.

But it seems that for one member, it wasn't the greatest experience.

The band was a true frontrunner in the industry throughout the late '90s and early '00s.

It took a while for them to gain mainstream success, however.

After forming in 1990 the band had limited success before getting signed to Columbia Records in 1997... which is when things really took off.

The original line up consisted of Beyoncé, of course, along with LaTavia Roberson, Kelly Rowland, and LeToya Luckett...

Although the final and best-known line up consisted of Beyoncé, Kelly Rowland, and Michelle Williams.

The group had a myriad of huge hits.

Even more casual fans have to admit that “Bootylicious," “Independent Woman," and “Say My Name," still go hard.

In fact, many believe that Destiny’s Child represents the golden age of R&B.

All 3 members are undeniably talented.

The band has sold more than 60 million records worldwide...

And even have their own star on the lucrative Hollywood Walk of Fame.

In fact, in spite of parting ways, Destiny's Child are known to occasionally reunite.

They didn’t officially break up until 2006 and have reunited from time to time, blowing the internet away with every performance.

Both Kelly Rowland and Michelle Williams made a rare appearance to sing with Beyoncé at her acclaimed 2018 “Homecoming" Coachella performance, serving the crowd their long-awaited ’00s nostalgia fix.

Both Kelly and Beyoncé have gone on to carve out successful solo careers.

The pair have both enjoyed success away from the beloved girl band.

The trio appear to have remained on good terms.

But news has emerged this week that seems to shatter the sunshine and rainbows image we have of the glory days of the band.

During an appearance on The Voice Australia, Kelly Rowland candidly opened up about her time in the band.

And she had some rather revealing things to say.

The thirty-nine-year-old has been extremely successful on her own.

The star has won a whole host of awards as a solo artist including Billboard and Soul Train Music Awards, as well as bagging nominations for 2 Grammy Awards.

In fact, her debut album, Simply Deep, hit number one in the UK album charts.

Not to mention the likes of chart-topping singles "Dilemma," featuring Nelly, and "When Love Takes Over" with David Guetta.

But, let's be honest, it can hardly be denied that Beyoncé has enjoyed the greatest solo success out of her former bandmates.

And it seems being in a band with Beyoncé wasn't all it cracked up to be for Kelly.

Kelly admitted that living in the shadow of her friend took its toll.

And at times, it even felt overwhelming. "Can you imagine what it’s like being in a group with Beyoncé?" she said.

Kelly confessed that she would torture herself over it.

“I would just torture myself in my head. Like, ‘I can’t wear this dress because they’re going to say it’s like B.' "Or, ‘I can’t have a song like that because it sounds too much like B.'"

Kelly doesn't want to lie to her fans.

"I would be lying if I said no, it’s never bothered me. That’s bull."

Props to Kelly for being so open and on-the-line.

For more on the Destiny's Child girls, scroll on to the see the recent snap of Beyoncé and daughter, Blue Ivy. They look identical...