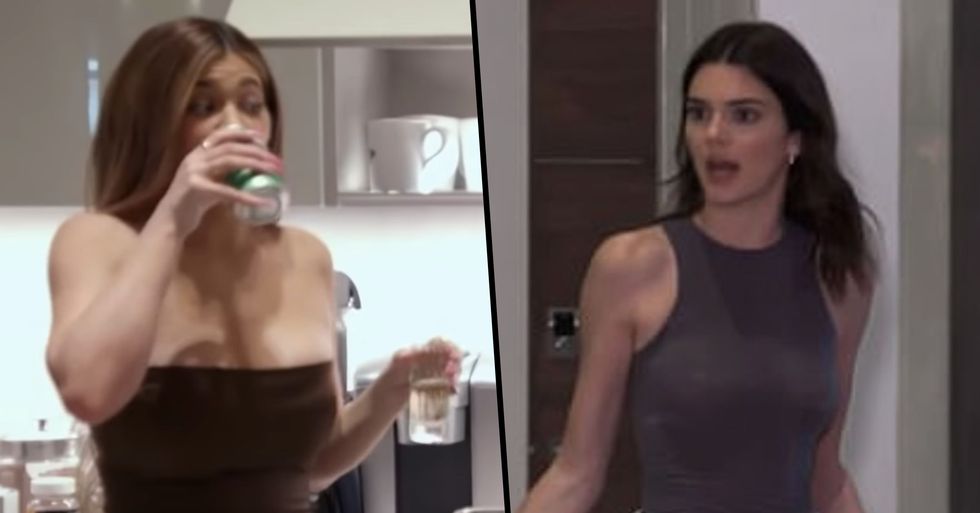 Kendall Jenner Complains 'Everyone Bows Down To Kylie'

Kendall and Kylie Jenner got into a big fight on the latest episode of Keeping up With the Kardashians, and it's one of the worst we've seen...

It seems Kendall has well and truly had enough of her sister.

A a sneak peek for the next episode of KUTWK features a big bust-up.

And it's got everyone talking... Kendall really didn't hold back.

You'll know the famous sisters from the hit reality TV show Keeping Up with the Kardashians.

The family, give us hour-long and drama-filled episodes that boast how wealthy they are, while simultaneously providing us with dramatic, yet entertaining content.

Kendall had an early introduction to fame and fortune...

Controversy aside, if you know Kendall...

They even have their own clothing line as well as a Kylie cosmetics collaboration.

They were also pretty hilarious in the first seasons of KUTWK...

Remember all those pranks? The pouring the yoghurt on Kris' face?

There’s a little bit of sibling rivalry there, too.

There are many things Kylie is well known for...

Like her beauty brand, staggering net worth, and of course... those iconic lips.

Kendall has a lot going for her too with her illustrious modeling career.

But now it seems that their good old sibling rivalry has reached new heights.

In a sneak peek for the next episode of KUWTK, Kendall finally snaps.

The drama went down during a family vacation to Palm Springs.

During the episode, everyone can be seen dressed and ready to go on a night out except for Kendall, who admitted she believed they would only be hanging out at the house.

Initially, Kourtney had saved Kendall a brown jumpsuit for their night out...

Only to give it to Kylie, who had arrived after her older sister.

In a confessional, Kendall explains why she didn't bring nicer clothes to the family trip.

"Whenever we are in Palm Springs, we really just stay at the house, we don't really leave the community, and it's always just chill vibes. So I didn't even really bring something to go out in. I didn't think we were going to leave the house."

Initially, the fight started with Kourtney...

"You want to try that cow shirt?" Kourtney asks. "Could be cute with your shoes," to which an enraged Kendall claps back: "No! I wanted to wear your brown other outfit. "But then Kylie comes in and everyone bows down to Kylie and lets her wear whatever the **** she wants."

Kendall insisted she had first dibs on the jumpsuit.

"I came in first," she can be overheard saying. "And you offered me those outfits first. So that's why I'm just annoyed."

In her confessional, Kendall insisted Kourtney had set aside the jumpsuit just for her.

"I feel really underdressed, and I had said something earlier today that I didn't really have anything to go out in and Kourtney's like "Oh my God, I have so many looks, if you need to borrow anything just come into my room and literally take whatever you want'."

And when Kylie proceeds to compliment Kendall's outfit...

When Kendall walks away, Kylie says "Oh, like you deserve the outfit more?" as she follows her down the hall.

"It was for me!" Kendall insists. "She literally offered it to me... I went in before you walked into the door."

But Kylie didn't hesitate in clapping back.

"Whatever, you're a hater, I'm not going to let you ruin my f***ing night! I'm having a good time!" Kylie fires back.

Well, it's safe to say that comment didn't go down well with Kendall...

"You ruined my f***ing night, so I can do whatever the f*** I want to!'" Kendall angrily responds.

But there was one person who was at least having a good night...

And that was Khloe. "This sister's night is turning into cat fights left and right, at least for once there's no beef with me and Kourt," Khloe jokes in a confessional.