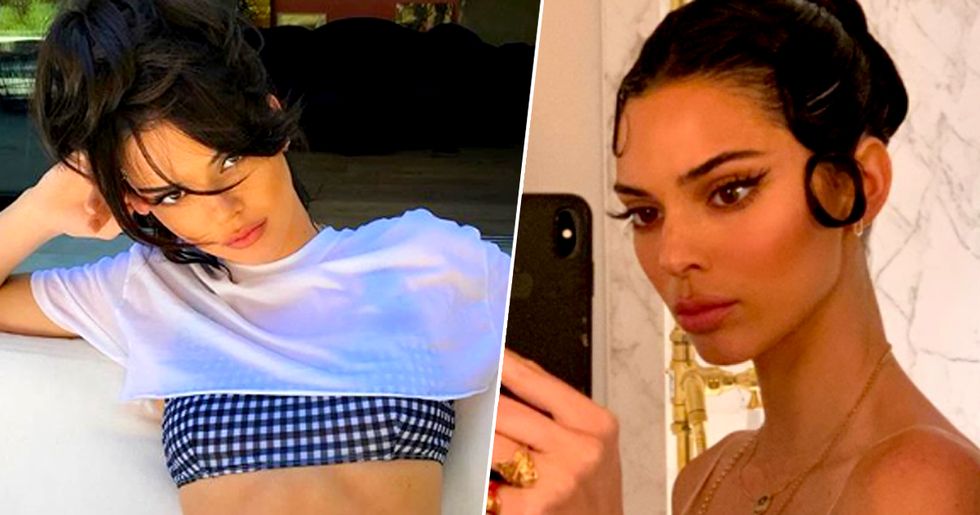 Kendall Jenner is undoubtedly one of the more reserved of the Kardashian-Jenner clan, so it's no surprise that her life is under scrutiny on social media.

Now Kendall is making headlines after dying her hair blonde.

Some fans can't even recognize her after the revolutionary change!

But it seems she truly can't win, as she has also been targetted by relentless trolls for her dating choices.

Sigh. When will these celebrities get it?

But it seems Kendall still hasn't gotten the message.

Because Kendall has broken quarantine again/ - this time to pop over to Kylie's for a workout.

And Kendall isn't the only Jenner who seems to be struggling with lockdown. Scroll on for the Kendall Jenner video that had fans feeling angry.

Now Kendall has dyed her hair.

After posting photos online, many of her fans claimed she was completely unrecognisable.

But her fans loved it.

Although the Kardashian/Jenner clan are constantly under scrutiny, most of her fans commented on the post complimenting her luscious locks!

You also have the right blonde hairrr 🤍💛🌞🌝 i like thatt 🤙🏻

What color should she dye her hair next?!