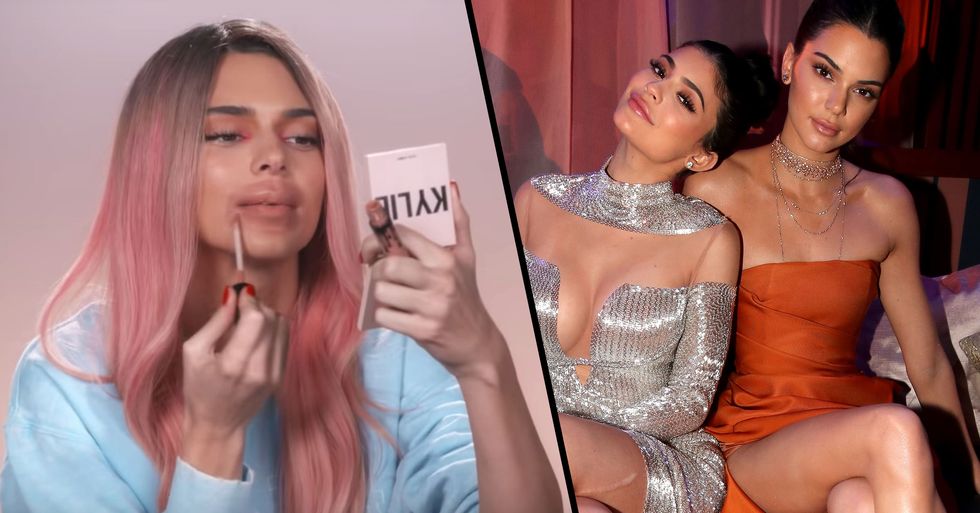 Kendall Jenner’s Impression of Kylie Jenner Is Too Good

Kendall and Kylie Jenner may be the 2 most famous sisters in the world right now. But in spite of their fame and fortune, they really are just like any sisters - with the same slight sibling rivalry. But this week, Kendall struck a truly savage blow to her little sis. In a video for Harper's Bazaar, she does her very best Kylie impression, and it's absolutely hilarious.

She, along with her family, give us a bunch of hour-long episodes that boast how wealthy they are, while simultaneously providing us with dramatic, yet entertaining content.

For those of you that don't know Kendall Jenner also rules the modeling world.

The supermodel has crafted quite an impressive resume – it feels as though there isn’t a major cover that she hasn’t featured on or a high fashion show that she hasn’t walked in.

Kendall is no stranger to controversy. Remember that Pepsi advert that almost wrecked her career? The internet was in an uproar after viewing the commercial, with many people shocked at the mere suggestion that we can put our differences aside over a can of Pepsi.

Sadly, that wasn't the only controversy she was involved in...

So it's safe to say that a modeling career can come with its fair share of problems.

But other than that, Kendall has found her own feet in the beauty industry like the rest of the Kardashian-Jenner clan.

And if you know Kendall ...

It's likely you also know her sister, Kylie.

But like all sisters, there's a little bit of sibling rivalry there, too.

There are many things Kylie is well known for.

Like being the youngest self-made billionaire ever, for example. But on top of that, she's basically synonymous with her lips.

Which means if you're planning on mocking Kylie ...

It's easy to go straight for her lips. And Kendall knows this all too well - which she demonstrated in a hilarious video.

In the same video, you can briefly see Kris Jenner in full Khloe attire. This family is so weird.

Truly excellent stuff. This isn't the first time a Kendall video has got the whole internet talking. Keep scrolling for a Snapchat video that landed her in some serious hot water.