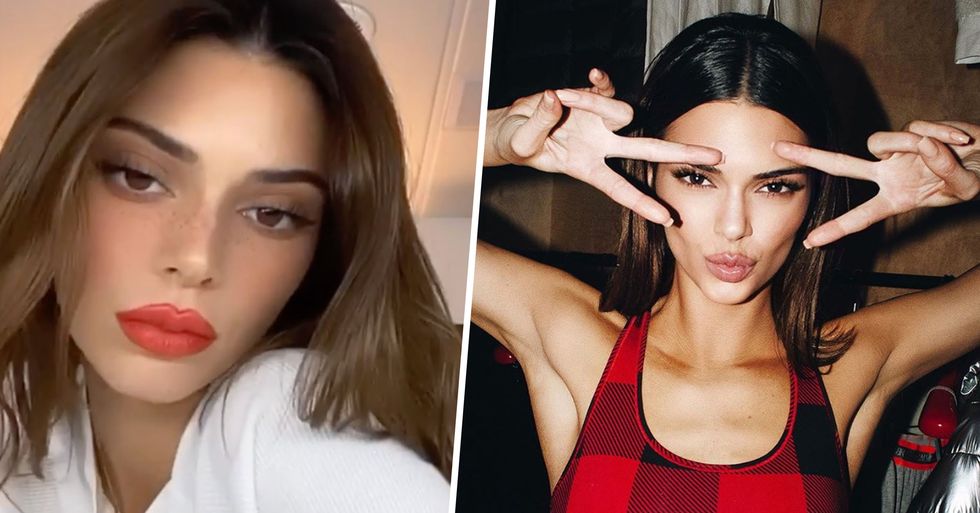 But this time, she may have taken it too far with her posts about the coronavirus. First, it was all the false evidence, and now, according to some fans, she's just being plain "stupid." It was so bad that the whole of Twitter had to call out her actions...

But she has now responded to all the hate with some straight facts...

Kendall Jenner has been having it pretty tough recently.

It seems as if people just can't understand why she does some ridiculous things sometimes. However, on this particular occasion, we might have all got it wrong... Read on to find out why.

COVID-19 has proved to be more dangerous than we first thought.

And mainly in patients who are elderly and have existing health issues, the virus can lead to pneumonia, severe acute respiratory syndrome, kidney failure, and even death.

It's an extremely deadly situation.

And many have been asking the same thing – Where did this virus actually come from?

From conspiracy theories to eating challenges, we've heard it all.

But one of the worst places to be hit is Italy.

The entire country has been placed on lockdown and citizens have been advised not to leave their homes because of how fast the disease is spreading in the area.

And Italian supermodel Chiarra Ferragni has been reporting on just how bad it actually is...

She claimed that when Italians first heard about the disease, they just thought it would be like the flu and that it would be gone within a week or two, but after the lockdown, they realized just how serious the issue was.

So when Kendall Jenner decided to post some "insensitive" statistics about the coronavirus on her Instagram, Chiarra couldn't help but call her out.

And it seems as if a lot of people agreed with Chiarra.

Dear Kendall Jenner, Hailey Bieber and all the celeb that are posting graphics to underestimate Coronavirus and the… https://t.co/G5zfm5hXpz
— Julia ☁️ (@Julia ☁️)1584085566.0

This user was just as passionate as Chiarra about the issue at hand.

And this Italian user was also left angered.

It is not something that should be taken so light-heartedly.

But things continued to get worse for Jenner as she posted yet another "blunder" on Instagram.

While everyone is in self-isolation mode, it seemed as if Twitter thought the supermodel had other plans on how she was going to spend her time.

And was immediately bombarded with hateful messages claiming she "should be at home."

After seeing all the messages, she was forced to respond to the backlash.

She tweeted this: "of course i’m staying home!! taking this quarantine v seriously... but also not a bad idea to get some fresh air as long as you keep a safe distance from others and follow all guidelines :) everyone stay healthy." So she is practicing social-distancing, but she just needed some air, guys. Don't worry!

But as there is still no vaccine for the current pandemic, the world continues to struggle.

It is no laughing matter as the death rates reach over 22,000 globally. Other countries such as Spain and France and the United Kingdom have gone into lockdown. Please stay safe and look after each other.