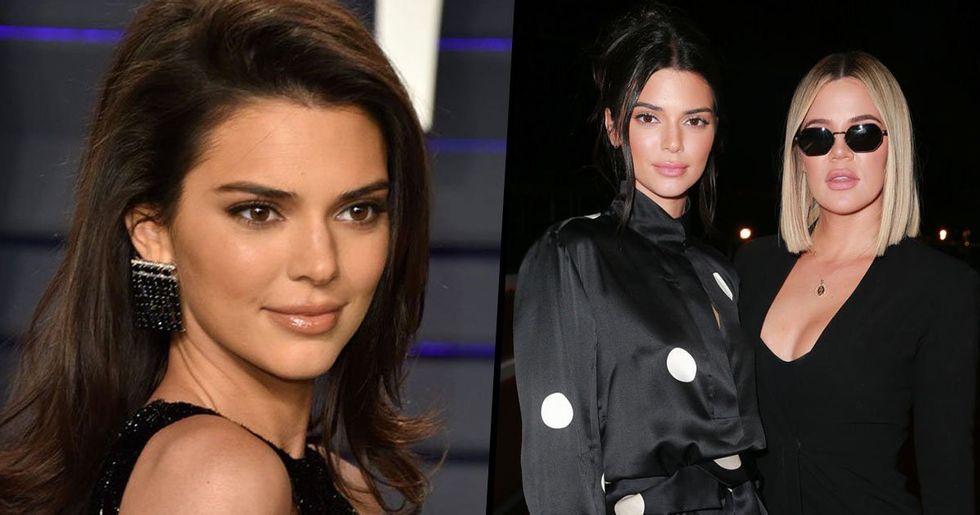 Who'd have thought that Kendall Jenner's new hair would be such a hot talking point? Because, let's be honest, it's just hair. But it seems to have really landed her in hot water over the years.

And it looks like the star continues reveling in causing a stir. From cornrows to afros, it seems like there's no 'do that she sees as off-limits.

But her latest look might be her most controversial yet. Yep, the famous brunette has hit the bleach - and fans aren't sure what to make of her latest look. Some have compared her a famous sister - and Jenner isn't best pleased.

And it wasn't for the last time, either. Because her latest look has the whole internet quaking.

Kendall is no stranger to a hair experiment.

But there does tend to be one thing that stays the same. The supermodel is a brunette, through and through.

Her sisters, on the other hand...

Pretty much every other member of the family has tested out the look to see if blondes do have more fun - including Kylie's platinum wig at the Met Gala in 2017.

When Kim K hit the bleach in 2017, nobody could believe it. But maintaining an icy hue as a brunette is no mean feat, and Kim soon returned to her classic dark locks.

Khloe, on the other hand...

Unlike her sisters, Khloe has always favored a lighter brunette look - but in recent years, she's been living almost exclusively on the light side.

And now Kendall has joined the party.

She debuted her brand new look at the Burberry's show at the Troubador White City Theatre on Monday afternoon. Jenner walked alongside other supermodels, including Gigi Hadid and Irina Shayk.

And it's clear that she's committed.

As she then appeared at the LOVE & YouTube London Fashion Week party rocking the same honey blonde hue and looking super-cute.

It's not the first time that fans have seen a blonde Kendall.

In 2016, she walked the Balmain show with a head of icy tresses - but it was revealed to be a wig.

But, this time, she means business.

She later posted a candid shot hanging out in her hotel room with friend, Taco Bennet - and her blonde look is still very much in place.

Here's the look in action.

Fans are going wild for her transformation. "Blonde Kendall Jenner is too powerful," wrote one Twitter user.

"Okay but Kendall Jenner with blonde hair is everything," wrote another.

Hey, we have to say, we're happy that she's gone for a less problematic approach to her hair makeover this time.

Reactions to Kendall's new 'do have been mostly positive.

But some have pointed out that now she most closely resembles her only other blonde sister, Khloe.

And it seems Khloe agrees.

She retweeted a collage of blonde Kendall, drawing attention to the newly discovered similarities between the pair.

Although some had some pretty savage responses.

It's true, Khloe has been looking a little bit ... different in recent years - but it seems she's moving further away from what her mama gave her.

And even Kendall got in on the action.

She Tweeted this short and not-so-sweet reply to Khloe - and the internet is shaking.

Hey - we guess sisterly love takes all sorts of forms. Hungry for more Kardashian kontroversy? Keep on scrolling to learn about why Kendall's bottle cap challenge was so messy.