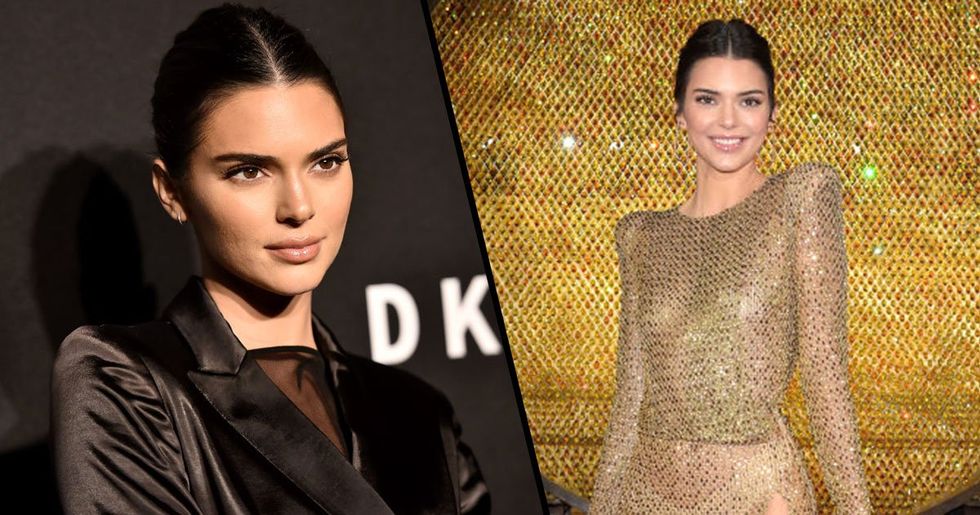 With Halloween just around the corner, we're all getting ready for the festivities with a costume. If you're anything like me, you'll definitely want to go all-out. I mean, there aren't many occasions that allow you to wear black lipstick all day, right?

I'm also avoiding the typical revealing ones this year. No cats, no little devils in red skirts and no police uniforms. We're going to keep it as PG as possible, this year. But guess who probably isn't? The Kardashians. Over the years, they've made a career out of their slightly revealing Halloween outfits, but we must admit, they've all been uh-ma-zing.

However, Kendall Jenner has taken things to a whole new level with a shot she posted to her Instagram...

Keep scrolling to see the risky photograph as well as some of the most iconic Kardashian costumes for inspiration for your own.

"Can I be XTINA forever?"

14. The Kardashian Klan as VS Angels.

"Thank you @VictoriasSecret for sending us actual runway looks and real wings to borrow for the night!!! OMG, a dream come true! Got to be a Victoria Secret Angel for the night! And Kendall got good practice lol"

12. Khloe and True as unicorns.

"Happy Halloween!!!! It’s our first Halloween together!!!! She’s too cute to spook!! (Don’t judge me, I have more costumes to post lol)."

10. Kourtney (plus her gang) as Japanese Twins from Austin Powers: Goldmember.

9. Kylie and Stormi as butterflies.

"Not a costume, a lifestyle."

7. Khloe and Tristan as Khaleesi and Khal Drogo

"Thank you @styledbyhrush and @justinemarjan for turning me into Storm."

3. Kylie as Bride of Chucky.

2. Kylie as a snow princess.

Fans just can't get enough of the photograph!

Some have suggested that Twitter users should re-create this look for themselves this year... Hm... I wonder why?!

Others have even suggested that the whole Kardashian-Jenner Klan does a massive collab this year!

The Winx Club but Kardashian version? We're totally here for it. And if you're in the mood to witness another time when Kendall Jenner broke the internet, then keep scrolling to see the video in which she and Bella Hadid shared a cheeky kiss that had every single one of us screaming...