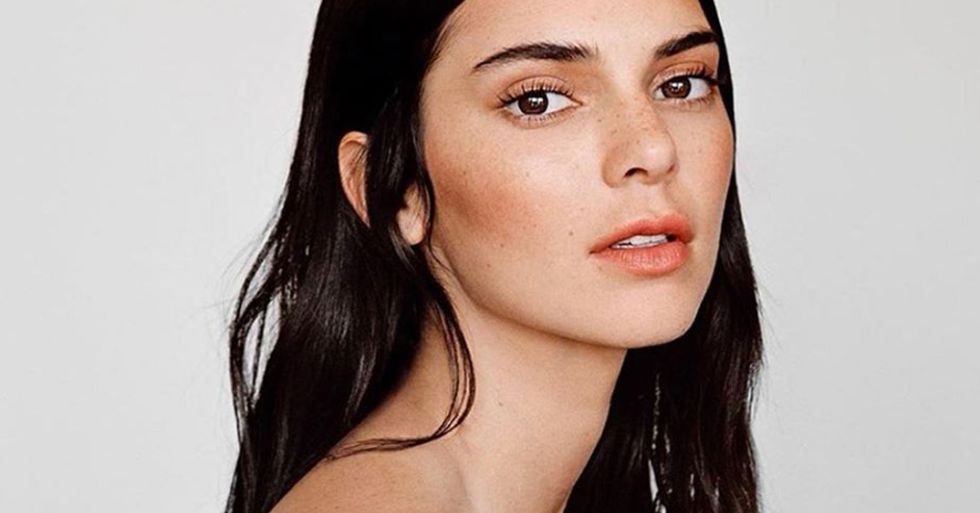 From poorly planned Pepsi ads to more than her fair share of cultural appropriation claims, to that infamous video with Bella Hadid, Kendall is basically never out of the headlines.

But the supermodel has now been slammed for something a little more personal... her dog's collar.

But with a strong following of 121 million on Instagram...

And now, Kendall has been slammed for something completely different.

For those who aren't on any form of social media, Kendall is the proud owner of a beautiful Doberman named Pyro.

And it's safe to say that he's a pretty beautiful dog.

Of course, she was snapped by the paparazzi and all seems perfectly harmless... right?

Twitter users have furiously noticed the type of collar that Pyro is wearing, and they aren't happy.

Twitter users believe that Pyro is wearing a "prong collar"...

A prong collar has metal fang-shaped prongs on it that sit on the dog's neck, and when the dog pulls on the leash, the prongs create a pinching effect that cause pain and discomfort - encouraging (or scaring, pretty much) the dog to not pull.

Kendall has also been accused of cropping Pyro's ears...

But, of course, there is no evidence to back up these accusations.

And despite the hate...

Not defending Kendall but our dog trainer who we paid some thousands of dollars to train our 2 dogs recommended the… https://t.co/5or3dnF7CK
— sally mae (@sally mae)1579648161.0

Kendall has been fiercely defended, with people claiming that prong collars aren't cruel at all when used properly, and they are very effective when used with big dogs.

Many have also defended Kendall for clipping Pyro's ears...

It is a common occurrence for Doberman owners to clip their dog's ears for hygiene and health purposes... apparently.

But in the meantime, keep scrolling to see how Kendall truly trolled her little sister Kylie...