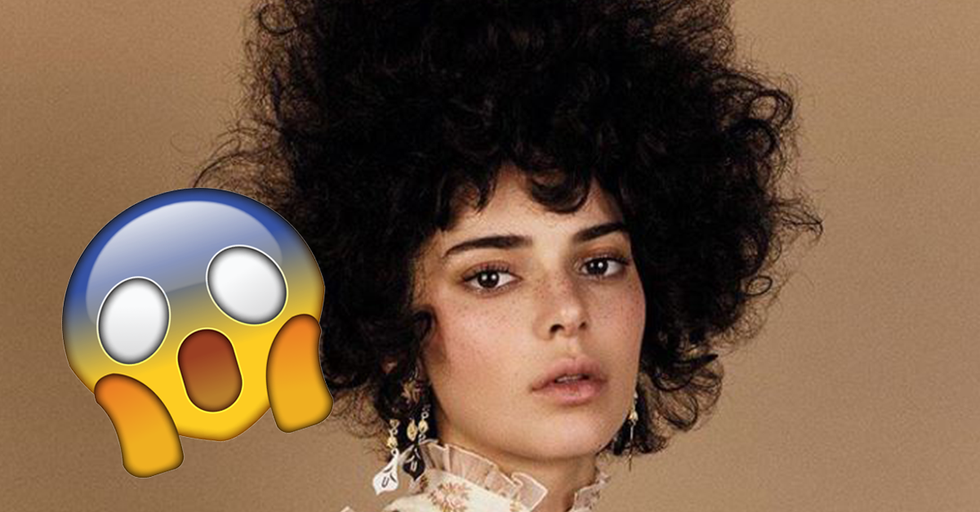 Halloween is upon us, which means tiny candies, and pumpkin spiced lattes. It also means that it's time to have some uncomfortable conversations about cultural appropriation. This hot topic flares up around this time of year, as everyone dresses up for Halloween. Certain costumes have been known to appropriate different minority cultures and generally make a mockery of a group they don't belong to, whether they are intentional or not.

You probably heard about Megyn Kelly and her latest scandal: she said on her show that when she was a kid, blackface was accepted and that she doesn't see a problem with it. She later apologized for her comments and had a few POC guests come on the show to explain why she was wrong about the whole situation.

It's been a rough week for cultural appropriation issues. Another scandal has popped up, this time on the pages of Vogue featuring Kendall Jenner. Or, was it a scandal? Twitter wasn't so sure what to think.

This week Kendall Jenner appeared in an ad campaign for "Vogue."

She was photographed wearing the Brock Collection, in an effort to advertise their new collection.

Though, some people had issues with the shoot.

Kendall's hair is teased into a large pouf on top of her head.

Normally, the model and reality star has long, straight hair.

A lot of people weren't happy with her look.

They thought that it seemed as if Vogue had put Kendall (a white girl) in an afro for the photographs.

Some even called the photos cultural appropriation.

They said that Vogue should have hired an African American model for the shoot, instead of Jenner.

Thinkpieces were written on the matter.

Instead of hiring a Black model, Vogue just teased Kendall Jenner's hair into an afro and called it a day. https://t.co/DACk1NYRDr
— theGrio.com (@theGrio.com)1540243800.0

People were concerned with the idea that Kendall had been hired to portray an African American hairstyle.

People had questions about the hiring choices that were made.

Hey, Quick Question — Why did 'Vogue' put Kendall Jenner in an Afro instead of hiring a black model? https://t.co/UFezlChnfY
— Fashionista.com (@Fashionista.com)1540221450.0

If they were going for an afro, a black woman would have suited their campaign better.

As usual, social media was divided on the issue.

"What makes an afro?" many asked.

Many people were rightfully annoyed.

They thought Vogue was in the wrong for styling their model this way.

Others thought that the magazine was going for a different look.

They weren't so sure it was cultural appropriation.

It resembled many other looks.

Was it really an afro?

Many people weren't sure what to think.

A lot of people compared Kendall's hair to a real afro.

They concluded that the two hairstyles weren't as similar as we might have thought.

Some people thought she should keep the hairstyle.

It does look a little messy.

Others thought it didn't matter either way.

There still aren't enough jobs for models of color.

Some believed the whole thing was a publicity stunt.

A fake controversy to drum up attention doesn't sound completely out of a Kardashian ballpark.

It didn't seem like there were that many people who thought it was an afro.

Less than a day later, the magazine apologized.

And they clarified their intent for the photoshoot.

"The image is meant to be an update of the romantic Edwardian/Gibson Girl hair which suits the period feel of the Brock Collection, and also the big hair of the '60s and the early '70s, that puffed-out, the teased-out look of those eras. We apologize if it came across differently than intended, and we certainly did not mean to offend anyone by it."

Basically, people were right that the shoot was meant to copy historical hairstyles.

The "Gibson Girl" was the feminine ideal for women in the early 1900s.

Gibson girls had tiny waists, large busts and hips, and of course, big hair. So the good news is, it's wasn't cultural appropriation. The bad news it was depicting a historic unrealistic body standard that women were once expected to uphold.

They got what they were going for.

Some people identified with the teased out 80s look.

Still, some were not satisfied.

And pointed out that the afro has important meaning to black people.

In any case, this wasn't Kendall Jenner's first scandal.

You know, the one where she implied the answer to racism and police brutality is to offer the police a cold, refreshing Pepsi?

This was not her finest moment.

It wasn't completely her fault.

Kendall cried about the Pepsi incident on Keeping Up with the Kardashians, saying she felt like her life was over.

But it turned out that wasn't true.

Because she's still very much around in the media.

Was this cultural appropriation or not? A fake controversy to get publicity? A return to teased hair being a fashion choice? Hopefully not that because there's no way I'm spending that much time on my hair.