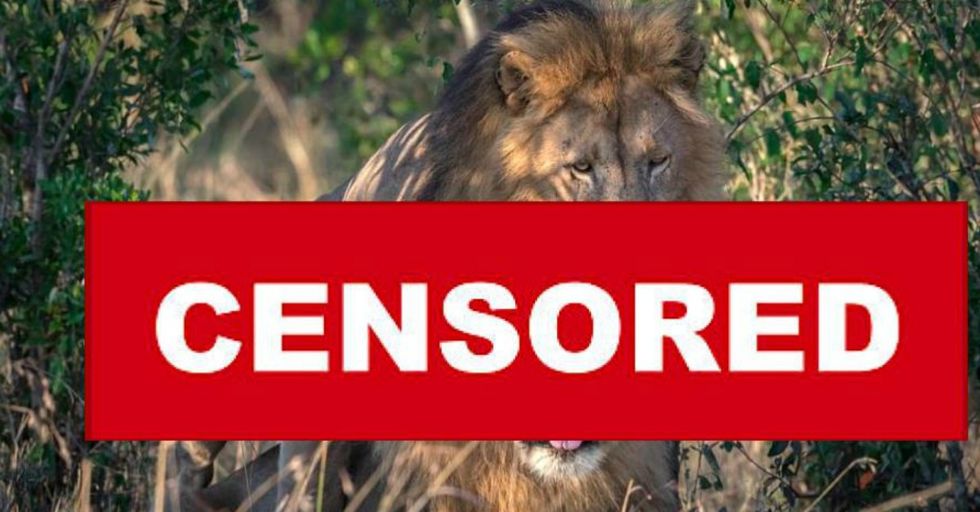 Imagine, if you will, that you're a tourist going on Savannah in some unnamed African country (Kenya, it's totally Kenya!). You've seen elephants and zebras, maybe even cavorted with a wildebeest or two, and now, you're ready for the main event. You're ready to see lions. But when you see them, they're doing something a little different...

According to some Kenyan officials, in a bizarre turn, gay tourists "turned" lions at the Masaai Mara National Reserve gay.

Ezekiel Mutua, the chief executive of the Kenya Film Classification Board, was exceedingly offended during an interview with Nairobi News posted online.

"These animals need counselling, because probably they have been influenced by gays who have gone to the national parks and behaved badly," Mutua said. "I don't know, they must have copied it somewhere or it is demonic. Because these animals do not watch movies."

He also called for the animals to be separated, so as not to "contaminate" others of their kind. "The demonic spirits inflicting in humans seems to have now caught up with the animals," Mutua said. "That is why I will say isolate the crazy gay animals."

While Mutua's desire to separate the animals may be a well-meaning if stupid attempt to control nature, it likely won't change anything.

Male lions have been spotted mounting each other before, as have many species across the animal kingdom. CBS News explains, however, that while mounting "has sometimes been interpreted as homosexual behavior... it is a relatively uncommon form of bonding or social interaction."