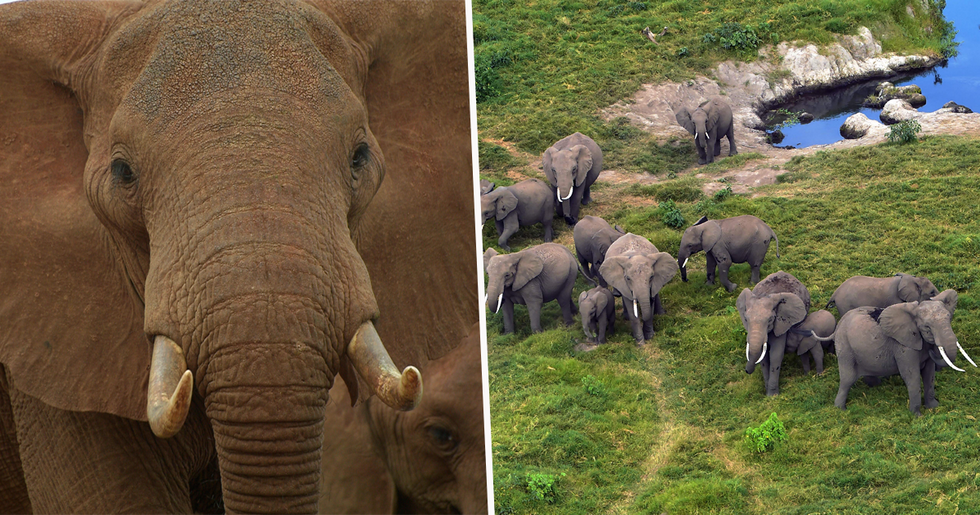 Kenya's Elephant Population Has Doubled in the Last Three Decades

There has been some good news for Kenya's elephant population this week. You won't believe how much progress has been made...

The elephant is a truly majestic species.

With it being the largest mammal on the Asian continent, elephants are greatly respected in cultures all around the world.

And they are very much loved and respected across the continent.

As a result of human activity, elephants are now listed as endangered, with fewer than 50,000 left in both the wild and captivity.

For example, around 15,000 Asian elephants are currently living in captivity...

Whether they are being forced to perform...

Or used as novelty "rides" for tourists, these elephants are trained and often beaten into submission, which slowly chips away at their souls and characters.

These elephants can roam freely for miles...

All while tourists watch and observe from a safe distance.

And it seems to have been working.

In Kenya, the elephant population has more than doubled over the last 3 decades.

And it's all thanks to a successful mission to put an end to poaching.

The news was announced on World Elephant Day.

"In the past couple of years, we have managed to tame poaching in this country,", the country's tourism minister, Najib Balala, said at the event this week.

"Today we are also launching the Magical Kenya elephant naming campaign, an annual festival whose objective will be to collect funds from the naming, to support the Rangers welfare."

This year, Kenya has only seen 7 elephants poached compared to thirty-four in 2019.

The hard work is clearly paying off.

And it's important to keep it up, so more elephants can be saved.

For more on the perils of riding elephants, keep scrolling...