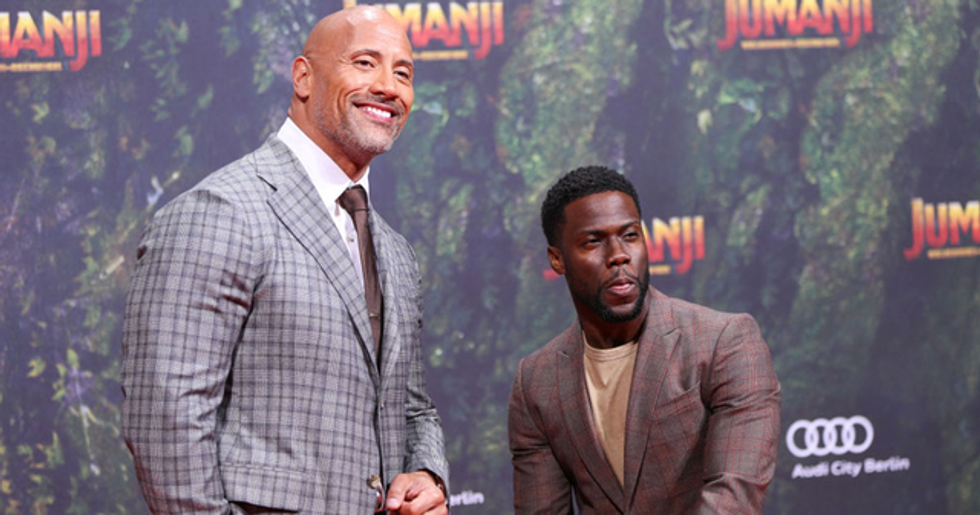 And one star really knocked it out of the park with their meme-inspired look. Hats off to Kevin Hart for his Halloween look.

But there was one star who was a head and shoulders above the rest.

Kevin Hart has not had an easy year - but he seems to have come out on top with this Halloween look.

He recreated one of the most iconic pics of all time.

The rock posing with a turtleneck sweater, a chain necklace, and a fanny pack is the stuff meme dreams are made of.

We have to say, the attention to detail is strong. He even captioned it with the hashtag #PeepTheNapkinUnderMyElbow.

The side by side is really something.

Although that wig is not the best we've ever seen. Sorry, Kevin.

Nonetheless, it's a pretty impressive attempt.

Any costume which blends celebrities with memes is ok with us!